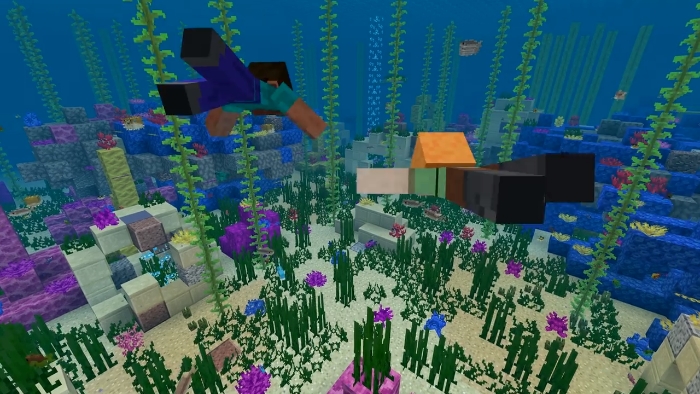 The Aquatic Update’s first phase launched last May, which added nine ocean biomes, several kinds of fish, and the ability to swim while giving the water a new look with more visibility. The second phase focuses on the dangers that lurk underwater.

A new type of zombie, called the Drowned, patrol the deep ocean floor and will appear on shores at night. Undead mobs can also sink in water and walk on the bottom. Meanwhile, magma blocks can create downward flowing columns to sink players who swim through them while soul sand creates upward bubbles that makes players float underwater.

Other changes include improved surface swimming, updated textures, the ability to ride skeleton horses in the water, and more. Check out the full patch notes at the game’s official website.

The update was released for versions of Minecraft on Windows 10 PC, VR, mobile devices, Xbox One, and Nintendo Switch. Developer Mojang said the Aquatic Update would be coming for the Java Edition on PC hopefully “by the end of July.” Those who are impatient and want to check out most features can download the 1.13 pre-release patch from the Minecraft Launcher right now.