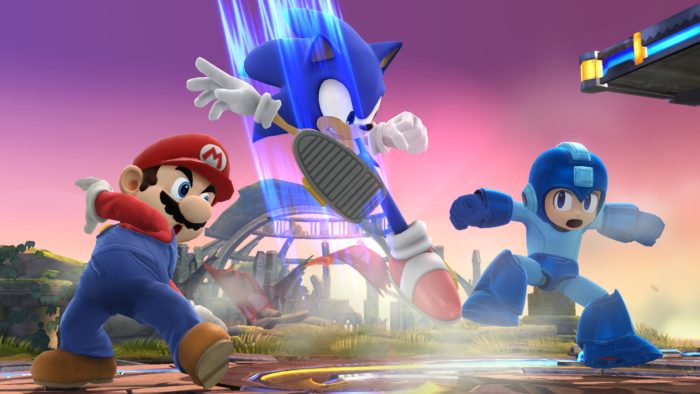 It looks as though one of the biggest crossovers in gaming history is getting its own crossover: Jun Senoue, the composer behind numerous Sonic the Hedgehog titles, has arranged a brand new Mega Man 4 Medley for the Super Smash Bros. Ultimate soundtrack.

Jun Senoue has been providing music for Sonic the Hedgehog games since the Sega Genesis days, starting with Sonic the Hedgehog 3, but it wasn’t until Sonic Adventure and the audio capabilities of the Sega Dreamcast that Senoue was able to show off his prowess on guitar. Sonic Adventure introduced Senoue’s band Crush 40 (made up of himself and Johnny Gioeli), who is responsible for several main themes throughout the series. Crush 40’s latest work can be heard on the Team Sonic Racing soundtrack.

This isn’t the first time Senoue’s music has appeared in a Super Smash Bros. game. As Sonic has been a playable character since Super Smash Bros. Brawl, several songs from the Sonic games have been in the previous Smash games, including a new arrangement of Angel Island Zone from Sonic the Hedgehog 3 that was arranged by Senoue. However, this is the first time that Senoue has represented a series in Smash that isn’t Sonic. This time around, his guitar skills have been lent to the Mega Man franchise, which is appropriate considering that Mega Man’s name in Japanese is Rock Man. The Mega Man 4 Medley will play during fights on the Wily Castle Stage in Super Smash Bros. Ultimate.