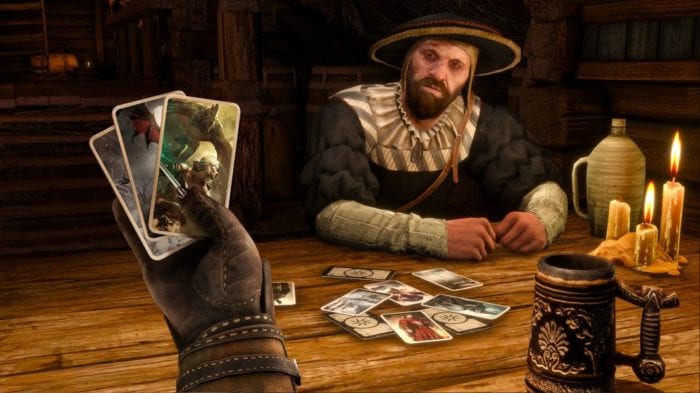 Gwent, the standalone collectible card game based on the mini-game of the same name from The Witcher 3 has taken the eSports scene by storm. It’s not quite as popular as Blizzard’s Hearthstone, but nothing is save for other Blizzard properties — but that’s beside the point. Point is that many gamers were introduced to Gwent in The Witcher 3 and have since become addicted to this unique little card game. However, believe it or not, Gwent almost didn’t make it into the final cut of The Witcher 3.

GameSpot journalist Jake Dekker recently sat down with Gwent co-creator Rafal Jaki and talked about the development of the card game. Jaki regaled Dekker with a tale detailing how Gwent almost was not. According to Jaki, he and Gwent co-creator Damien Monnier worked for hours on end on prototypes, but not a single one of them worked. They were, for lack of a better term, not fun. Still, Jaki and Monnier had to show Managing Director Adam Badowski what they had, and he was less than impressed. The mini-game was this close to getting the ax, and had history gone a little differently, it just might have.

Despite Jaki’s reservations, Monnier was adamant on tweaking Gwent until it was fun. He was confident the mini-game could work, and he asked Badowski for one more chance. Monnier was given that chance but with one stipulation: Monnier had to produce a fun, working prototype in just two days. And he did. Monnier and Jaki toiled tirelessly over a weekend to simplify the game, and their labor paid off. They impressed Badowski and received the green light for the Gwent mini-game. Of course, Monnier and Jaki had to recruit other members of CD Projekt RED’s staff to help them develop Gwent, but the rest is history. The mini-game was finished and implemented into The Witcher 3, won a ton of acclaim, and was tweaked, balanced, and refurbished into its own standalone game after fans asked for one.

Dekker’s interview with Jaki is a stark reminder that video game development is a long and convoluted process. Features are added, dropped, and tweaked, and the final product doesn’t always resemble the pitch. Then again, The Witcher franchise is no stranger to these kinds of changes. The first game was supposed to star its own custom character instead of Geralt. Who knows what else might have been — or almost wasn’t — had the development of the Witcher games gone differently.