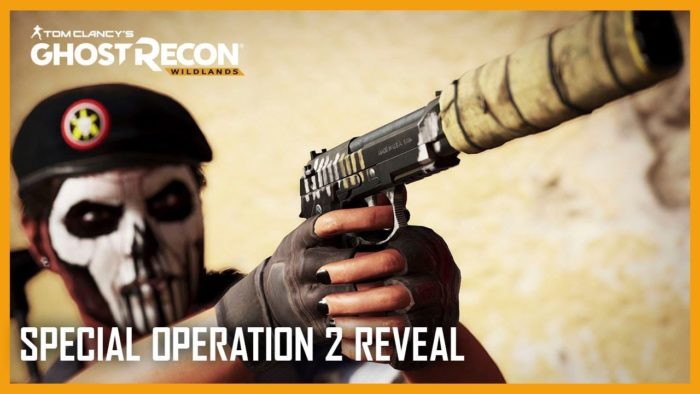 Ghost Recon Wildlands is getting a special update that makes for one very intriguing crossover. The game is getting a content dump in the form of Special Operation 2, which will feature Operators from Rainbow Six Siege. The update also includes special Siege-inspired weapons, classes, missions, and other customization options for a unique crossover event that’s starting tomorrow, July 24.

The story mission is called Operation Archangel, and follows Twitch, Valkyrie, and Caveira from Rainbow Six Siege. These women take part in Team Rainbow, a team comprised from some of the world’s best soldiers and other specialists found over the world. Archangel finds the team searching for Caveira, who’s gone missing. If you finish up Operation Archangel ahead of August 14, you’ll get Caveira’s gloves, as well as as special customization item that lets you pull off her signature takedown from Rainbow Six Siege, and it reveals your enemies’ locations.

The update also includes two new classes: Toxic and Surgeon, as well as the new Rainbow Six Gear Pack, which brings the Luison handgun and HK 416 assault rifle as well as Twitch and Valkyrie cosmetics, if you’re into that kind of thing.

The party gets started tomorrow, so make sure you’re ready and jump in-game to grab your goodies and get to shootin’.