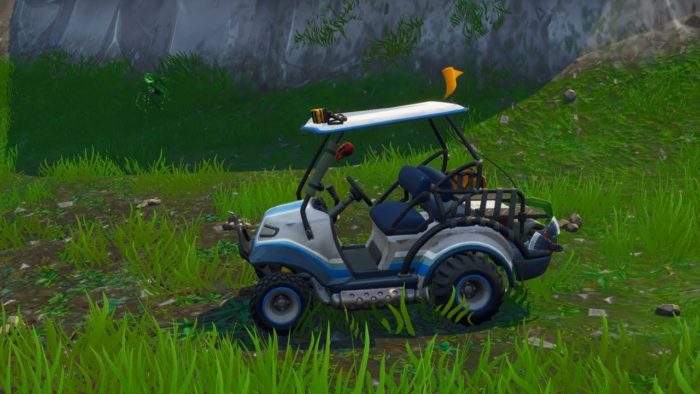 Fortnite’s Season 5 update has only been live for a short period of time, but Fortnite streamer darling Ninja has already cut loose with one of the coolest new additions to the game since the season debuted: the golf cart.

In Ninja’s first dalliance with the golf cart, he’s seen lobbing golf balls, destroying things as he careens across the map, and generally causing havoc. He’s clearly having a ton of fun (and who wouldn’t if you were making that much money streaming games?) but this is the first to come of many clips in the future, quite obviously, and it already looks like he’s having a blast.

“First ever golf cart clip!” he posted on Twitter. “This new season is seriously going to bring so many new shenanigans, I cannot wait.”

First ever golf cart Clip! This new Season is seriously going to bring so many new shenanigans I cannot way. pic.twitter.com/taUtBQ98XQ

You can see the action for yourself below. It certainly looks like golf carts have already changed up the dynamics of Fortnite significantly, as well as the toys and everything that comes with them.

Ninja will likely be bringing us more funny excerpts from the various dalliances he has with Fortnite, considering he’s one of the most popular streamers in the world, if not the most popular right now, so we’ll keep bringing you these cool little tidbits when he makes them available.