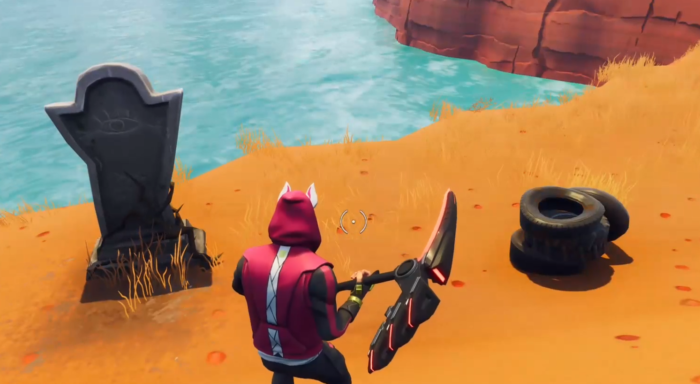 Some players go out of their way to be immortalized in video games, while others just bumble into digital fame. The following is a story of the latter.

One week ago, a Reddit user by the name of PointyHatMan posted a video of the popular streamer Muselk playing Fortnite. Granted, the Internet is full of Fortnite videos, from 360 no-scopes to missile-surfing, but this is a special clip. It featured the rarest of all occurrences in battle royale games, even rarer than the mythical “win without killing anyone” run: altruism. In a game where everyone is out to kill everyone else, you would never expect a player to go out of his or her way to save another’s skin.

In the video, Muselk discovers a player by the name of Chappodoodle who has fallen off a cliff and onto a tiny ledge. Chappodoodle is trapped. Either he doesn’t have enough materials or the game won’t let him build anything (or both), but regardless of the reason, Chappodoodle is stuck with no means of escape. Muselk can’t quite reach Chappodoodle, so Muselk concocts a brilliant scheme: build a staircase as close as possible and drive a nearby golf cart off the cliff to give Chappodoodle a bounce pad boost onto the stairs.

Muselk’s plan almost works. The stairs are as low as they can go and just barely out of Chappodoodle’s reach. Everything is set for Muselk’s heroic rescue, but then he drives the golf cart off the cliff and everything falls apart. Muselk loses control of the cart and slams right into Chappodoodle, tossing him into the water for a quick and untimely death. Once again, not even the best-laid plans of mice and men are a match for slapstick.

Now, you would think that would be the end of the story, but no. Fast forward to today when StoreBrandEnigma posted a video of another Fortnite player, SickoMcNasty, finding the very same cliff from Muselk’s failed rescue mission. While nobody is trapped down there this time, SickoMcNasty notices something new at the bottom. He drives off the cliff and discovers a tombstone in the exact spot Chappodoodle met his golf cart-induced watery demise. And next to the tombstone is a pile of bouncy rubber tires to provide players an easy means of escape should they ever find themselves trapped like Chappodoodle.

While memorializing players in video games isn’t anything new, usually they do something truly impressive. All Muselk had to do was create this generation’s version of a Three Stooges routine. May he forever fumble his way into more fame and fortune.