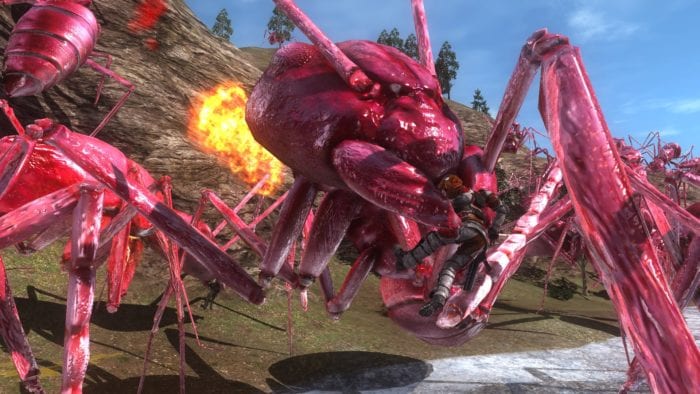 Released in Japan back in December of last year, the western world has been eagerly awaiting word of when we can expect to see wacky third-person shooter Earth Defense Force 5 invade our shores.

At long last, we’ve been treated to the first English trailer, and boy is it a doozy, featuring incredible carnage atop a rousing classical score. As Earth’s defenses fight desperately to fend off the endless onslaught of gigantic insects, more than a few meet an untimely demise, complete with pleads for help and the sickening sound of bones crunching off-camera. It’s silly, it’s ludicrous, and it looks like it’ll be a lot of fun, too.

A PS4 exclusive, Earth Defense Force 5 is touted to be “coming soon,” though we’re still awaiting a proper date beyond the ambiguous summer 2018 window. As the game is set in 2022, we’re quite hopeful that it comes sooner rather than later, giving us ample time to prepare for the impending doom that is apparently on its way.

What did you think of the Earth Defense Force 5 trailer? Has it got you antsy for some thorax-tearing insanity? Or did you walk away from it feeling as if it bugged you somehow? Now that our pun quota is fulfilled, we want to hear your take on the matter!