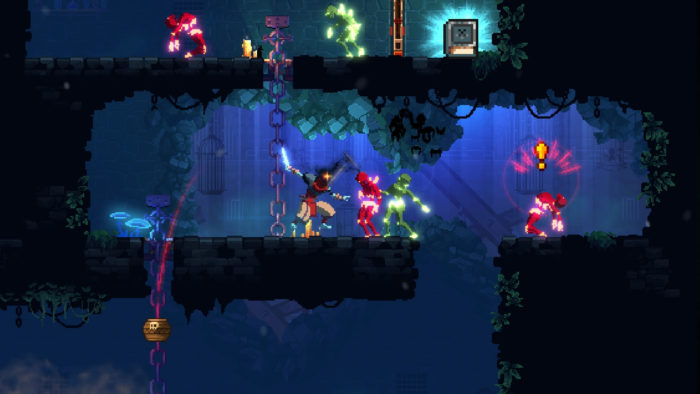 The buzz and popularity surrounding developer Motion Twin’s RogueVania Dead Cells has continually risen during its time in Steam Early Access, most notably because of how well-crafted the game was upon its launch last May. The unique genre hybrid already felt like a completed game then, but now the studio is ready to officially deem Dead Cells ready for proper release.

In a post on the game’s Steam page, Motion Twin announced that Dead Cells will leave Early Access and officially launch, barring an act of nature, on console and PC on August 7. “We’re super stoked to see people play Dead Cells 1.0,” read the studio’s statement.

Not content with simply bringing the first 1.0 build of Dead Cells to the masses, Motion Twin also unveiled that both the PC version of the game and its soundtrack will receive physical releases for those who “still have some love for physical releases.”

Dead Cells’ year-plus long period in Early Access saw a multitude of updates that improved upon its foundation of challenging platforming, unforgiving Souls-lite combat and satisfying exploration, but don’t let the news fool you. Motion Twin remains discontent with saying the game is complete and stands ready to continue updating the game as they see fit. “The journey doesn’t end there as we’re still working on Dead Cells to bring you new content, as promised before,” the developer said.

Dead Cells launches for PC, PS4, Xbox One and Nintendo Switch on August 7. Check out the new announcement trailer here.