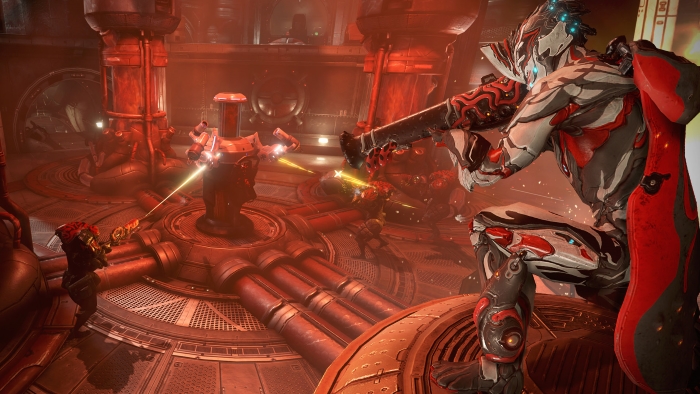 Update: The numbers were even higher than originally reported by GitHyp. It was actually 25 times higher than the previous TennoCon. Original article follows below.

TennoCon is the best place to find everything and anything Warframe, from behind the scenes looks at the game’s art and music to a showcase of beautiful cosplay. And we can’t forget about announcements that reveal future game content. While many gamers attend the convention in person, many more watch the proceedings via Twitch. Even though last year’s TennoCon unveiled what might be the biggest announcement in the game’s history, the open-world zone Plains of Eidolon, only 33,000 viewers tuned in. While that number is nothing to sneeze at, it’s not exactly impressive either. However, this year’s TennoCon digital attendance records blew all others out of the water. Even Fortnite, the current king of Twitch, didn’t attract as many gamers as TennoCon 2018.

According to GitHyp, a total of 414,000 viewers were glued to their screens for TennoCon 2018, which made the stream the most viewed game on Twitch last Saturday. That’s 13 times the number of spectators compared to the previous TennoCon. The closest any Warframe stream has gotten to that many watchers was back in October 2017 with only 88,000 viewers.

Now, why did this year’s TennoCon attract so many viewers? There are several possibilities. The game has gained a lot of popularity thanks to recent updates, especially the Plains of Eidolon. Not only did the update bring in 129,000 new players, but the game reached a peak of 122,000 concurrent players this past October. However, the most likely explanation for the increase in viewership is free loot drops. Gamers who link their Twitch and Warframe accounts (as well as other game accounts) can earn free in-game items when they watch Twitch streams, and the powerful Ash Prime Warframe was given away to anyone who tuned in to watch TennoCon for at least half an hour. Oh, and maybe the news that Warframe is coming to the Nintendo Switch had something to do with the bump in viewership as well.

While we don’t know what the future holds in store for Warframe (aside from the upcoming Fortuna update, that is), odds are good the game will maintain a large Twitter following, especially when TennoCon rolls around next year.