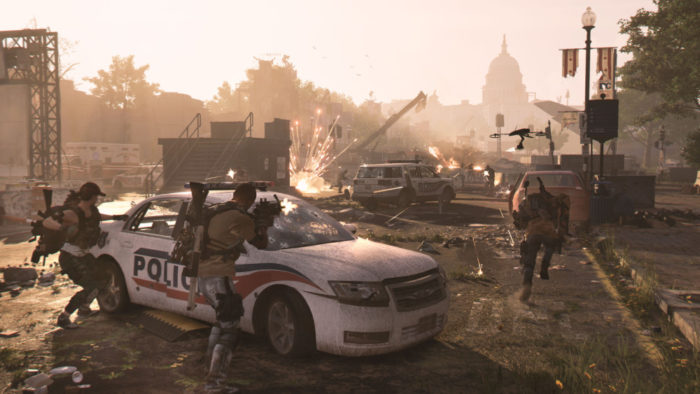 In a recent podcast interview conducted by Gamertag Radio with The Division 2 creative director Julian Gerighty, details were confirmed that should be quite interesting to both casual, and especially hardcore fans of The Division. In the spot (see below), Gerighty goes in great detail about a wide range of topics ranging from why D.C. is a better setting than NYC, to how long they have been working on the game.

Most notably though, Gerighty discusses raid content in The Division 2. There is going to be content for players of all different skill levels, but raids are designed to absolutely be a hardcore activity. The “ultimate” activity according to him. Gerighty admitted that the first raid may not be ready at launch, but it will be out within the first few weeks of launch, and it won’t be alone. Confirmed in the interview is that there will be multiple raids released in the first year of The Division 2.

“There won’t be just one raid. Throughout the first year we’re going to deliver multiple raids.” Gerighty told Gamertag Radio.

Beating the raids will “reward you with something that makes you stand out” and signals to the community that you have achieved the “impossible.” While it sounds like Gerighty is gassing the raid content up, I will say that The Division 1 was quite difficult at times, so I can certainly believe that these raids will pose quite the challenge. Double points if it is strategically difficult.

Also noteworthy is the discussion of a new, casual friendly addition called the progression tracker. This is designed to help give players some direction on what activities they might want to take on once they log in instead of wandering around the D.C. area not knowing what they are, and aren’t, capable of.

You can hear the full 22:53 podcast interview with Gerighty filled with the above details, and lots of other good stuff below.