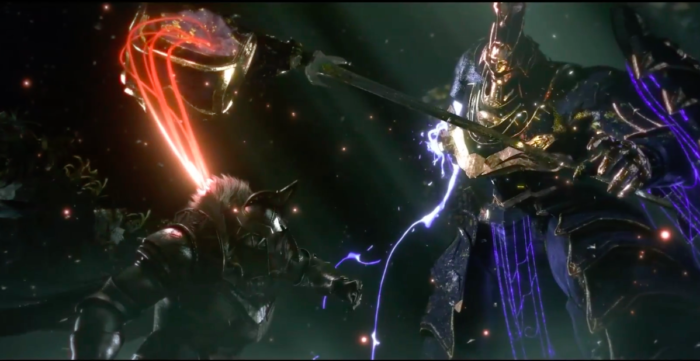 Square Enix has teased Babylon’s Fall, a new title developed by Platinum Games that is slated for release next year.

Revealed during the publisher’s E3 2018 conference, the game is set in a fantasy world besieged by war and conflict. As a wandering warrior, players are tasked with uncovering a way to bring peace and order to the land, ending hundreds of years of strife to bring a lasting peace. Though little was shown of what the gameplay might have to offer, the player character is shown unassuming a heavily armored foe – literally removing the enemy’s arm with ethereal tendrils – and then slicing into him with the claimed weapon.

The trailer ended with the reveal that the game is under development by Platinum games, and that it is slated for release in 2019 on PlayStation 4 and PC. The full teaser can be viewed down below.

The new game is one of many revealed to be in the works by Platinum, who is also currently working on Bayonetta 3, and has said in a past interview that they have several smaller titles in the works.

For more on all of the announcements from Square Enix and every other major publisher presenting at this year’s E3, stay tuned to Twinfinite for all of the latest news.