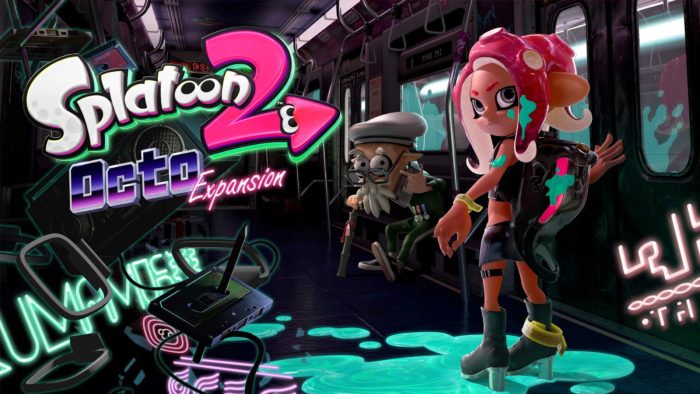 Surprising many people just a day after E3, Nintendo has suddenly released the newest major DLC for Splatoon 2, the massive single player extension the Octo Expansion.

The Octo Expansion DLC is a massive single-player focused expansion to Splatoon 2, which features a massive boost of content in addition to building onto the story and lore of the Splatoon universe. The expansion has you playing as an Octoling named Agent 8, and you have just  awoken on a mysterious subway platform shrouded in darkness with no understanding of who you are or how you got there. You then discover a mysterious testing facility of some sort hidden in the underground, and must conquer over 80 new single player missions in order to break free to the surface and reach Inkopolis.

Aside from playing through this new side-campaign as Agent 8, Nintendo has listed a ton of extra benefits and unlockables to be earned through the Octo Expansion. Some of these include:

The Octo Expansion marks the first major single player update made for either of the two Splatoon games. The original title on Wii U has a short campaign mode that lasted most people around 5 hours, while gradually releasing both free and paid multiplayer content over the course of months and years. Splatoon 2 has taken the same approach so far since its release until now, which should hopefully help to satiate those who enjoyed the challenges and unique mechanics present in the game’s single player campaign, which did not translate to multiplayer.