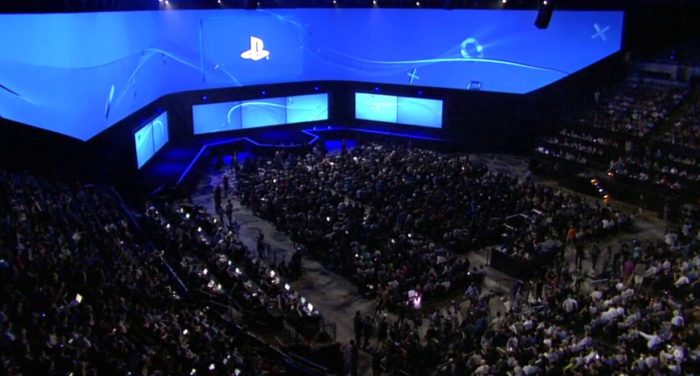 The Sony E3 2018 conference is finally over, bringing a whirlwind of exciting announcements to the table. Delving deep into its exclusives, the press conference showed us some new gameplay footage of The Last of Us Part II, Ghost of Tsushima, and (finally!) Death Stranding. However, they still had plenty of other tricks and announcements under their sleeve, especially when it came to third-party titles. While Microsoft wowed the crowd with their titles yesterday, Sony still kept a few games up their sleeve for their E3 2018 conference.

With the E3 2018 conference still fresh in our minds, gamers have invaded social media to gush over the latest announcements, and what better platform to spaz out over the Sony games than on Twitter? Netizens have been tweeting during the conference, sharing all sorts of quips and quotes on their feed. That said, we’ve gathered up the best tweets on the Sony E3 2018 conference.

how the Sony conference left me: pic.twitter.com/nDsOdDdE5V

I enjoyed the things Sony showed this evening. Some cool looking games in my opinion.

For me it's much closer than I thought this year. The new IPs and exclusives really help Sony. So I think Sony by a smaller margin than I thought.

So I read a good point about the #PlayStationE3 basically mentioning that while Microsoft DID announce 50 games, Sony announced their exclusives and those exclusives were AMAZING. The conference was horrible and they ruined the momentum, but THE GAMEPLAY WAS SO GOOD.

Sony vs Microsoft,
Microsoft had the much much better presentation. But Sony had the better (exclusive) games. The Xbox games were mostly multiplat or also on pc.

Sony did things a bit differently this time around for their E3 2018 conference. Instead of sticking with one main room, they decided to split the venues based on their games in an attempt to make a more immersive experience. While the concept certainly looked great on paper, it seems like plenty of viewers believed otherwise.

People called out the Sony E3 2018 conference as tedious, having to switch locations during a single conference. Moreover, there was something of an awkward pause whenever the audience had to switch venues, leaving live streamers with commentators instead of an actual emcee. Compared to Microsoft, there were a good handful of awkward pauses that seemed to kill the flow and excitement. Thankfully, after the first switch, the conference seemed to flow better with fewer pauses.

Sony's conference was kind of a mess but at least TLOU2, Ghost of Tsushima, and Spider-Man all look excellent

I %100 agree with you on that, Sony's conference was very confusing, Xbox was a lot more stable, but remember we're here for the games not the fancy stuff…

So real quick, Sony’s press conference was very good however I thought the intermission after the last of us 2 was not necessary, but it looks like they had to move everybody out of the tent which was only set up for the last of us 2 so pretty weird. Then it kicked back in.

Sony's presentation was, sadly, weaker than I expected.

They did show off some cool games, like Death Stranding and Spiderman, and the Resident Evil 2 remake was a nice announcement, but the formatting is fucking terrible.

>Week before the Sony press conference
DEV 1: How do we present all our cool new games?
DEV 2: Two venues with a SUPER awkward 15 minute transition for actually no reason.
TECH GUY: *drops every single ball* sounds good!

Sony showed great games, the conference just sucked for anyone not physically there

Awkward flow aside, most gamers seem to love all of the exclusive announcements. Sony placed a lot of focus on their games this year, which was great for titles such as The Last of Us Part II, Death Stranding, and Ghost of Tsushima. While the company has certainly taken their sweet time delivering actual footage, the wait paid off. Giving gamers a better look at real gameplay instead of more cinematics managed to turn some heads around, and Sony kept the ball rolling with announcements such as Closer and the highly anticipated Resident Evil 2 Remake.

THANKS FOR SAVING THE GAYS SONY

me after watching the new death stranding trailer pic.twitter.com/uqHy5Pb41w

Dude, Sony did really well, thankfully. Had my doubts at first, but damn I'm excited for so much. Resident Evil 2, KH3, Spider-Man, Ghost of Tsushima-damn, there's a lot to look forward to.

everything about that last of us part II demo is everything I love about naughty dog’s game design. those new combat animations look silky smooth and brutal. the combat arenas look like uncharted 4 style freedom but holy shit somehow more layered and spooky

Add in the fact that 90% of the games shown at MS presser is on PS4 and you have more than you can play.

I actually don't want my questions answered at this point on Death Stranding. I wanna just play that world.

Everyone is hating on the flow of the Sony press conference, but I really enjoyed it. I like that they reconstructed the church of the Last of Us II. My mind was remotely blown as the trailer showed the in-game version of the church.

Of course, it wouldn’t be an E3 2018 conference without a bit of competition. There are plenty of lively discussions, especially when it comes to who had the better press conference: Microsoft or Sony. There’s certainly a lot to compare between both events, from game announcements to the conference presentation. Not to mention that this isn’t even counting Nintendo, who’s slated to hold their press conference tomorrow.

To all the Playstation Fanboys: It's aite, the Playstation press conference wasnt even bad. Sony cant win em all so stop pretendin that Microsoft didnt beat Sony this E3. you win some, you lose some, but you live to fight another day. Its not that serious. #PlaystationE3 #E32018

If someone had watched the Xbox conference, saw 50 games, then went over to the Sony conference expecting just as many, and getting 10, I think they'd rightly think, "That's it? Nothing more?".
Sony experimented, fair enough, but if it isn't broken, don't fix it.

As a conference however. Especially if i was a businessman/investor i think i would have preferred microsoft>sony

My thoughts: when it comes to overall presentation- Microsoft wins. The hype was real I’m not gonna deny it BUT, when it comes down to the games- Sony wins

Oh definitely, but I like the fact that we saw gameplay cause that what I felt lacked at Microsoft’s conference. Like sure they announced a bunch of shit but I saw no gameplay. I feel like Sony went for quality over quantity.

Microsoft is looking to win #E32018 and Sony’s E3 wasn’t good. It looks like Nintendo is the only one that needs to beat Microsoft with hopefully introducing new titles and probably seeing more info on Metroid and Yoshi

The Sony E3 2018 conference had plenty of surprises for its fans, ultimately boiling down to some juicy gameplay reveals. While we’re still trying to make sense of that Death Stranding trailer, seeing some actual gameplay was definitely a step towards the right direction. As for The Last of Us Part II and Ghost of Tsushima, the only thing missing right now are some actual release dates.

Now that Sony and Microsoft have each delivered an impressive conference, it’s up to Nintendo to round out the show and end E3 2018 with a bang. For more Twitter Reacts to E3 2018, make sure to search for Twinfinite. If you’ve missed it, here’s how Twitter reacted to the Microsoft E3 2018 conference.