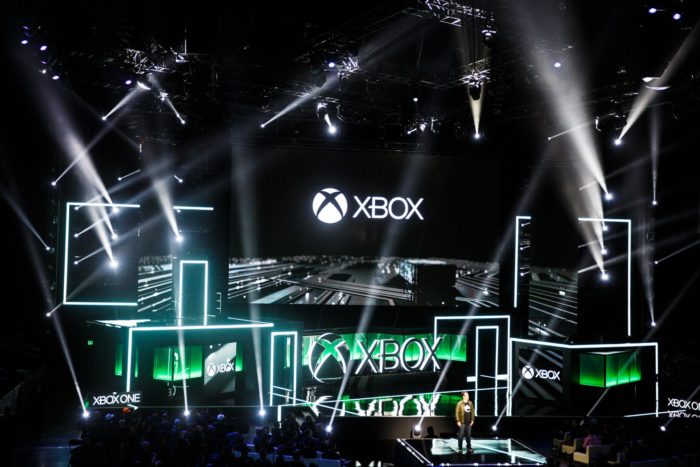 Microsoft’s E3 2018 conference has come and gone, bringing along a slew of new games with it. And by a slew, we mean 50 whopping titles. Microsoft sure wasn’t kidding around during this year’s E3 2018 conference. We’ve seen a pretty solid lineup for the Xbox One, including Halo Infinite, Forza Horizon 4, Devil May Cry 5, and Dying Light 2. Let’s not even forget that surprise Cyberpunk 2077 story trailer at the end of the show!

And, of course, we’ve seen plenty of reactions from the people on the internet. Microsoft has really set the bar for E3 2018 this year, and the netizens are loving it! From memos to memes, Twitter’s been buzzing with all sorts of juicy responses from the Microsoft E3 2018 conference, and we’ve got the best ones right here!

YO MICROSOFT WENT FOR THE NECK

We asked for Microsoft to deliver this year, and HOY BOWDY did they ring the doorbell, set off fucking fireworks, and deliver the hype train to us on a golden fucking platter. Well done, #XboxE3. Well. Done.

Congratulations @Xbox on that conference!!!! Exceeded all my expectations and it feels like gamer christmas. 💚 #XboxE3 pic.twitter.com/n9RRiV6M9j

One of Microsoft’s biggest problems over the recent years was their lack of focus on their exclusives. After announcing a handful of new first-party games, they astounded their audience with upcoming titles such as Gears of War 5, Forza Horizon 4, and Halo Infinite. On top of that, they’d also been stressing the importance of choice and encouraged players into playing games their own way by pushing boundaries and expanding their options in the market.

Halo Infinite is running on a new engine! Holy crap that is HUGE. And evoking Halo 1 vibes is YESSSSSSSSSSSSSSSSSS. #XboxE3 #E32018

#Xbox have stepped up to the plate – it was make or break for them today. Halo Infinite, Forza Horizon and Gears of War 5 all look great. New IPs and more exclusives next year; 2019 will be a corker for Microsoft and #Xbox! #XboxE3 #E32018

Wow! What a conference by Microsoft! It's sad to still see some still nitpicking to hate on Microsoft. As a gamer, this e3 by them encapsulated everything I wanted.

With Microsoft being the first to present out of the big three gaming giants, there was a lot at stake. Not only did they have to impress fans with bigger and better games, but they also had to set the stage for the coming days of the event. This year, they came prepared with a collection of third-party announcements that was nothing short of spectacular.

In an attempt to diversify the Xbox One’s growing library, Microsoft has been traveling around the globe to meet and collaborate with new partners. We’ve seen their efforts pay off with upcoming titles such as Kingdom Hearts 3, NieR: Automata, and Jump Forces. They’re also expanding their games with new DLC for Cuphead, PUBG, and Sea of Thieves, as well as acquiring five new studios. With these recent revelations, we can’t help but wonder what the future of the Xbox One holds.

I don’t even own a (working) Xbox One, but that conference was hype. Congrats to Microsoft for scooping up those third party announcements!

Xbox be like all these Microsoft studios games oh and by the way, you can get them all for like less than £10 a month! #XboxE3

Okay Xbox has brought the fire so far, but again and don't fekkin chastise me but there STILLL hasn't been any new exclusives. Those 5 new studio acquisitions were desperately needed! Guess we'll see what they bring to the table in 2020. damn good third party showing though!

Xbox is in an unusual position of power this #E3: they’re the underdogs with a lot to prove. Expecting some big first-party announcements and hopefully some first looks at third-party’s! Keeping expectations low, but somewhat hopeful! #XboxE3

Credit where it's due, Microsoft are turning things around for the Xbox

Just to name a few pointers..

I am very freakin' hyped for Xbox fans for the studios, AND for me, SDT, SOTTR, Cyberpunk are HUGE HIGHLIGHTS.

Jump Force and Metro and Forza Horizon were really cool too!!!

That said, not everyone took too kindly to the latest news. While Microsoft has given their best effort, they can’t really impress all of their consumers. Some fans were left feeling a bit lackluster after the show, having hoped for something more.

Meanwhile, other netizens are looking forward to seeing how the other E3 2018 press conferences will stack up to Microsoft’s presentation. The company has set the bar pretty high, after all. What other surprises do Sony and Nintendo have up their sleeves this year?

Let's be honest, it was a strong showing at #XboxE3 but Microsoft cannot fix the problems they caused by a reduction in investment in first party titles. Taking a step back though, the next 12-18 months look promising for gaming.

Save for Devil May Cry 5 and that free Life is Strange game, the Microsoft conference was pretty darn dull. (Okay. Gears 5 looks good. But that's it…)

I'm hoping #Xbox can turn it around with their new lineup of first party studios, but I fear no matter what they come out with, they'll continue to fall behind Sony year after year. Only exception is if Sony fucks up royally at some point.

welp. looks like nintendo will probably be the real rival to microsoft this years E3 then…

It was GREAT
Honestly the amount of stuff that premiered was hella good. (Altho you lost the shock value tbh ;-;)

(So yes, Microsoft was that good)

Overall, Twitter pretty much seems to agree that Microsoft managed to deliver during this year’s E3 2018 presentation. The announcements for new first and third-party games helped hype up the event, setting the expectations for this year’s conferences. After acquiring five new studios, perhaps the Xbox One could see a bigger and better library in the near future. E3 2018 is far from over, however, and more games are just around the corner!

Did Microsoft E3 2018 presentation manage to meet your expectations? Tell us your thoughts in the comments below! And for more Twitter Reacts to E3 2018, make sure to follow Twinfinite!