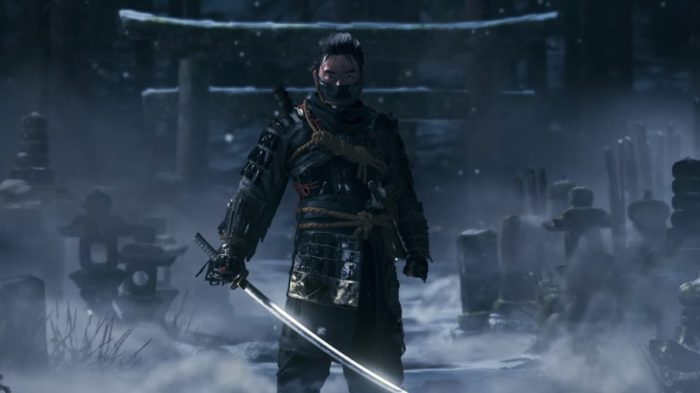 Ghosts of Tsushima the feudal Japan set game from Sucker Punch Studios was first unveiled at Sony’s Paris Games Week Press conference in 2017. That trailer showcased a lot of tranquil environments juxtaposed with burning buildings, ravaged towns, and a whole lot of samurais. It gave us a dark and meaningful tone for the game, but very little was actual discernible gameplay. Well at Sony’s E3 2018 press conference we got a much deeper dive into Ghosts of Tsushima and now have a much better understanding of how this game plays.

We follow a samurai through the Osana Grasslands as he brutally murders enemies in a myriad of ways. Slashing enemies with his katana, stabbing through paper walls, and jumping down from the rafters showcases the art of killing these Samurais are trained in. At then end of the gameplay we see a true duel between player and opponent. The camera focuses in similar to a fighting game and swords clash. Ghosts of Tsushima showcased what its like to be a Samurai with a thirst for blood. No word on a release date yet for this title.

Ghosts of Tsushima is slated to release for the PlayStation 4 at some point.