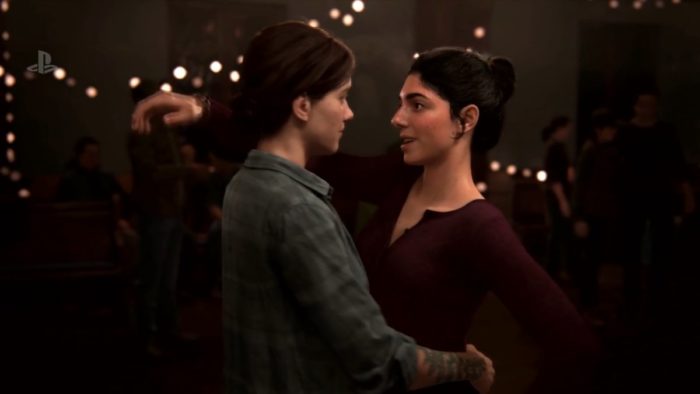 We were treated to another look at Naughty Dog’s The Last of Us Part II at Sony’s E3 2018 press conference.

We hadn’t seen much from the game before, aside from what was shown at last year’s E3 showcase and the PSX reveal in 2016, but we knew that we were going to see more today because Sony said so a few weeks ago.

The look at the game started with a live rendition of some music from the game by Gustavo Santaolalla, before moving onto a trailer for the game, which begins with a dance in a church tent that looks like the location the press conference takes place in. After a brief cutscene, introducing us to Dina, the trailer transitions into some gameplay, following Ellie as she sneaks through an area consumed by wildlife. As you’ll see in the trailer, which which you can see below, the combat looks intense and brutal. We see both the emotional and savagely violent elements of the game, which is just as powerful as you’d expect from a The Last of Us sequel.

No release date was revealed but, as you probably already know, The Last of Us Part II will be exclusive to PlayStation 4.