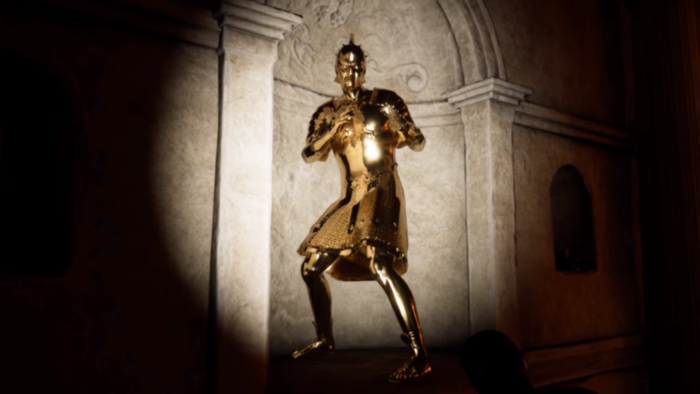 Mods are a popular reason to play games on PC. They can add anything to a game, from new models to entire new quests and locations. It does my heart good to see an old mod given new life as its own game.

The Forgotten City is a remake of the popular Skyrim mod of the same name. The original mod has been downloaded well over one million times and even won a national Writers’ Guild award. While the upcoming game will “retain all the elements which made the original beloved,” it won’t exactly be a faithful recreation. After all, The Forgotten City mod takes place in Skyrim, a fictional location owned and copyrighted by Bethesda. Developing a standalone version of The Forgotten City that features prominent Elder Scrolls stylings would be just asking for trouble.

The story of The Forgotten City will revolve around the titular city, which is an ancient, underground Roman city. The city is populated by bronze statues, except they aren’t really statues but the city’s inhabitants, cursed because someone broke a law. Who broke the law and what law did he or she break? That is where the mystery lies.

The hook of The Forgotten City is that players need to travel to the past and prevent the law from being broken. If they fail, they will witness the horrific deaths of the city’s inhabitants, be thrown back to the beginning, and have to fix things all over again. And again. And again.

Fans of the original The Forgotten City mod will be pleased to hear that the standalone version will feature brand new plot twists, endings, and tweaked characters that will deliver a fresh new experience.

The Forgotten City is scheduled to release for the PC via Steam in 2019. So far, the development studio behind the game has no plans to port it to consoles, but that could easily change.