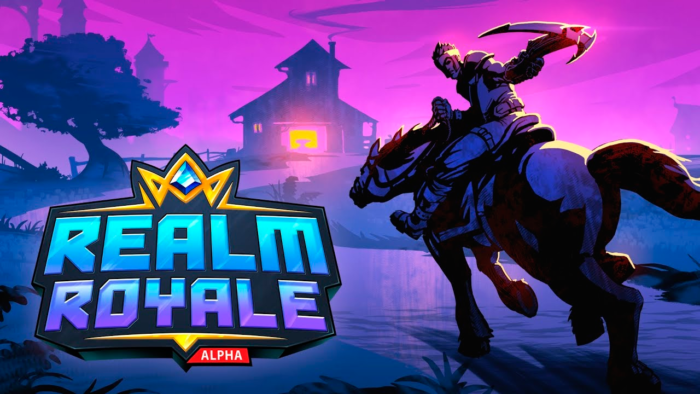 Battle royale games are unquestionably the hottest thing in gaming right now. With the recent announcements that major tentpole franchises like Call of Duty and Battlefield are adding this mode to their games, it’s only time until more developers get locked in and create real rivals to the tops of the food chain. Fortnite and PUBG are currently the most popular, but that doesn’t mean there can’t be room for a third. By the looks of it, Realm Royale might but the next Battle Royale game to join the big dogs.

Realm Royale is a new take on Battle Royale from Hi-Rez Studios and it had a promising opening weekend. It reached 100-thousand concurrent players, topping #1 on Twitch for views, and all the way up to #4 on Steam for games played over the weekend via Githyp.

For gamers who have played and enjoyed the art-style of Fortnite, but aren’t fans of the building system, this might be the variant on the genre for them. It also diverges from the previously mentioned titles by being more of a hero shooter with having different classes to play as versus just having generically random characters with all the same abilities. Finally, it stands out from other Battle Royale games as it focuses more on crafting as well. These are just a few ways Realm Royale is attempting to set itself apart from other Battle Royale games and modes.