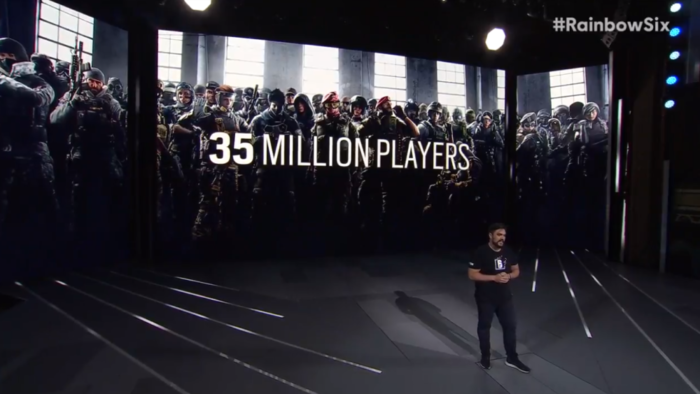 Today at the E3 briefing, Ubisoft announced new content for Tom Clancy’s Rainbow Six Siege. The game, which has risen to become a fan favorite after a rocky launch with low sales, has received several DLC packs. The game has now broken 35 million players, and has three upcoming e-sport events. These events are part of the Pro League, which has two events, the Major Six Paris and the Pro League finals will take place in Brazil in November of this year.

After these events, there will be an invitational in Montreal, Canada.

The developers are also releasing a documentary, titled Another Mindset, about eight community members and e-sports players. It will be releasing in August, at the upcoming Major Six Paris e-sports event.

Rainbow Six Siege has received several large DLC releases, as well as four yearly seasons, each of which have provided new content. Rainbow Six Siege is interesting in the way it releases downloadable content. There are maps, which are released for free, but there are also new Operators added into the game. These Operators, while they can be obtained for free, are also available through the season pass. If you do not opt to purchase the season pass, you can get Operators by purchasing them with Renown, a currency earned by doing almost anything in the game. This includes thing ranging from watching the tutorial videos included in the game to shooting your way through enemies in the multiplayer modes.