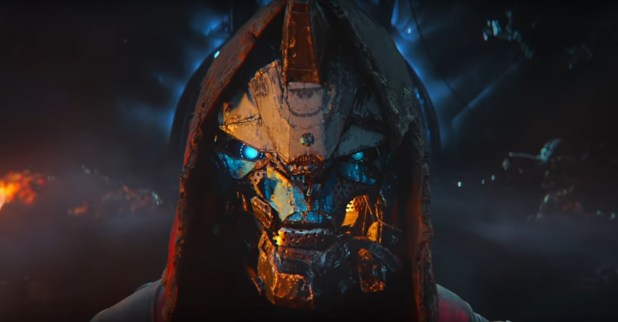 It looks like Destiny 2’s popular robotic character Cayde-6 could be passing away in Destiny 2’s Year 2 expansion named Forsaken, and E3 2018 attendees aren’t going to let his memory fade away. In fact, it looks like folks have taken to creating a makeshift memorial outside the Los Angeles Convention Center, in tribute to the character, who may or may not be gone forever — we’re just not sure.

It looks like people have very kindly left candles, pictures, flowers, and plenty of other niceties in a small token of appreciation for Cayde-6, who’s voiced in-game by Nathan Fillion. It looks like he could have been taken out, for good, by Uldren Sov, but we’re not sure at this point if that’s going to actually happen or not. As we all know, Destiny 2’s not one for keeping “dead” characters dead, so this could just be a ruse to keep people talking, like we are now.

It’s clear no one actually wants Cayde-6 to pass from this mortal coil, however, and this is a neat gesture, no matter what actually ends up happening to him in the game. If people are this upset right now, though, and nothing’s even confirmed, what’ll happen if we do have to say goodbye to him? Things that make you go hmm.