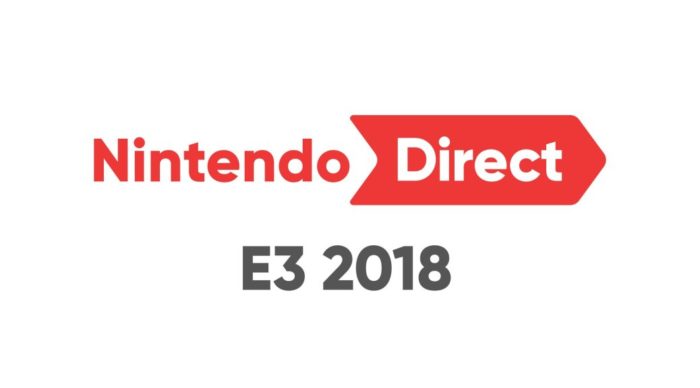 The last of the three gaming giants, Nintendo, has just held their E3 2018 press conference. Unlike Microsoft and Sony, the big N settled for a Direct-style presentation, which is pretty typical for them. And while there wasn’t a fancy venue, the company still managed to deliver what the conference is all about: games. As expected, we’ve seen a big look at their upcoming their this year, as well as a few new surprises for 2018.

For 2018, Nintendo is placing a lot of focus on Super Smash Bros. Ultimate and Pokemon Let’s Go Pikachu and Let’s Go Eevee. We’ve also seen a good look at the upcoming Xenoblade Chronicles DLC and the new Fire Emblem game, Three Houses. That said, the gaming giant has kept a tight lip on their games, such as Bayonetta 3 and Metroid Prime 4, during the presentation.

There was a lot to dig into during the 45-minute presentation, and fans have been sharing their thoughts on the internet. From fan art, memes, and rants, here’s what the people of Twitter have to say about the Nintendo E3 2018 conference.

"It's time to measure your worth as an instructor."

even outside of smash while it may not be much, everything was dope

This is my favorite shot from the Nintendo E3 press conference pic.twitter.com/hoGcMzHQf8

Gotta say this was a pretty jarring moment during the Nintendo Direct today. #E32018 pic.twitter.com/RhVQJBwbIJ

Just watched the Nintendo E3 presentation.. so many games to get!! And will likely play the octo expansion for tomorrow's stream!

As usual, Nintendo busted out the big guns with their first-party exclusive games. Fire Emblem: Three Houses looks absolutely gorgeous and a big step up from its predecessors, while Super Mario Party is looking like a blast to play with friends. But if one game took the cake during the E3 2018 conference, it has to be Super Smash Bros. Ultimate. The upcoming title is the pinnacle of crossover games, bringing back all the characters from the series. On top of that, Nintendo has also shown off two new fighters in the fray: Daisy and Ridley. Who knows what other characters they have in store for the game?

Mood, thank you Nintendo and IntSys for giving us something pic.twitter.com/5XpHZ9Sheg

fire emblem was all i needed, the smash stuff was just icing on the cake, what’s this talk of animals i keep hearing

seeing a current fire emblem design for a female character that isnt sexualized to hell and back….. pic.twitter.com/7bQPpLDuLI

everyone else is putting lesbians in their games so now it's your turn nintendo pic.twitter.com/t8nMXijR5u

bayonetta walking back into smash after her haters hoped they cut her out pic.twitter.com/AcQDyyzmaP

I still can't grasp the concept that Nintendo just showed us the Second Coming of Christ. Today's been one hell of a ride for us Smash fans, fellas. I need to take a breather pic.twitter.com/7covUu8wFD

With their surprises out of the way, Nintendo still had to keep some of their cards up their sleeve. After all, what good would it be to announce all of your famous franchises in one go? Smash and Fire Emblem aside, other games such as Bayonetta 3 and Metroid Prime 4 were missing from the event, and that’s not even counting the slew of other IPs that were missing.

The lack of other fan-favorite franchises obviously led to some backlash towards the event. Sure, plenty of fans love Smash, but there are a ton of other gamers who are looking forward to games such as Pikmin 4, a new Animal Crossing, Bayonetta 3, and Metroid Prime 4. On top of that, Nintendo also hadn’t brought up the alternative to Virtual Console, and not to mention the Switch still lacks third-party apps. Still, this certainly isn’t the last Nintendo Direct, and there could always be a chance we might see another one before the year ends.

Fire Emblem looked great as well and Fortnite is an important game to get this early! But some life signs of other franchises (erm, Metroid, Fox, Pikmin, F-Zero, Wave Race, Animal Crossing) would’ve helped create more confidence in Switch’s lineup beyond 2018.

I thought the Direct was fine, but I can absolutely see why someone would be unsatisfied with it if you are not too big into Smash

Also, no Metroid Prime 4, Yoshi is M.I.A. and overall no big announcements

Hope the next big Direct will have some more variety

Damn that show was disappointing 😢

WHERE IS BAYONETTA 3? SHOW ME BAYONETTA 3 @NINTENDOAMERICA pic.twitter.com/8cXsEAVft7

Overall, the Nintendo E3 2018 conference was another exciting addition to the ongoing event. Not only did they show what they have planned for the rest of 2018, but we also got a sneak peek at what to expect early next year. It’s a big year for Super Smash Bros. fans, and as for the other Nintendo games, we’ll just have to wait and see what the Big N has in store.

For more updates on E3 2018, make sure to search for Twinfinite! If you’ve missed it, here’s how Twitter reacted to the Sony and Microsoft press conference.