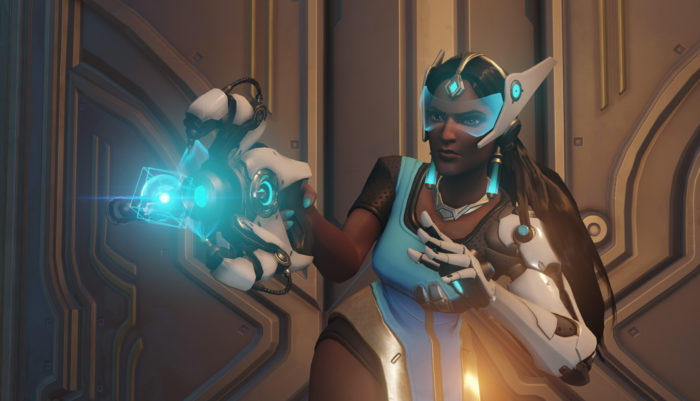 The latest Overwatch patch is live now, with Patch 1.25 introducing a series of social features and other changes, notably to Symmetra with the hero’s long-awaited rework. If you’re a huge Overwatch fan who likes to group up with others and head online to play, this should be great news.

First off are the new Endorsements feature, which lets you use Endorsements to recognize teammates for doing a job well done, or just general good sportsmanship. If you earn Endorsements, you’ll net bonus XP, and the more Endorsements you receive, the more your Endorsement Level will end up rising, all the way up to Level 5. You’ll be able to pick up scaling rewards based on this level periodically, so being a good player will pay off in more than one way!

The new Career Profile privacy settings will let you set information to Public, Friends Only, or Private, but if you’re interested in being sociable, you can now use the Looking For Group interface to create your own groups with set parameters, to further customize your Overwatch experience or even merge together with other groups to form parties to bust out with and have fun.

In terms of gameplay, Offense and Defense hero roles have merged to form a single Damage category, but most importantly, Symmetra has been given a huge rework. She’s been given one of the biggest alterations to a hero since release, including a new primary and secondary attack, two new abilities, and even a new ultimate.

Symmetra’s primary fire attack Photon Projector no longer locks onto enemies and deals more damage. Her alternate fire does not pierce enemies and instead explodes on contact. Her Sentry Turret can now launch projectiles forward, and the Teleporter has entered the fray to swap places with her old Photon Barrier ability. Her new ultimate is now Photon Barrier, in fact, that creates an eimmobile wall that spans and cuts through maps. It could potentially block huge ultimates like Junkrat’s RIP-ire or even D.Va’s Self-Destruct.

There’s a lot of changes for Symmetra, so you can read about the rest here. Otherwise, get out there and start being sociable!