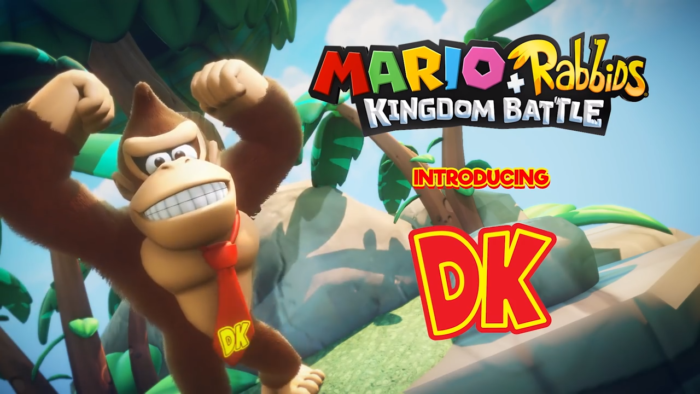 During Ubisoft’s E3 2018 press conference, the company had a live band playing on stage to show off some new footage of the upcoming story content for Mario + Rabbids Kingdom Battle, which introduces Donkey Kong as a new playable character.

You can check out the gameplay trailer right here as well as a synopsis of what to expect from the head Kong himself:

“Embark in an epic battle against a vengeful Rabbid Kong who uses his new powers to take over a mysterious island. Donkey Kong, Rabbid Peach, and a moody new Rabbid hero, Rabbid Cranky, will team up on a journey across four brand-new environments. Discover a world full of reinvented tactical gameplay, new enemies, and secrets to uncover.”

Mario + Rabbids Kingdom Battle originally launched last summer for the Nintendo Switch, and we here at Twinfinite thought the game was pretty great and featured some intense tactical turn-based combat that proved to be really fun and satisfying.

You’ll be able to play Donkey Kong’s Adventure on June 26, once it launches exclusively for the Nintendo Switch as downloadable content for Mario + Rabbids Kingdom Battle.

Please be sure to keep checking back here at Twinfinite.net for all of your E3 coverage – we got you covered.