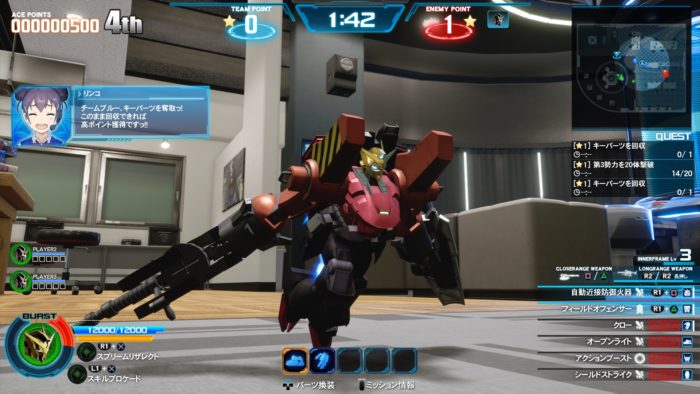 The newest entry in the Gunpla-focused Gundam Breaker series, New Gundam Breaker, is out now on PlayStation 4 in North America. It’s an interesting riff on typical mecha-focused games that let you assemble your own Gunpla models while collecting parts in an adventure-like story mode, and editing your models on the fly in the middle of combat.

You can combine your own arms, heads, bodies, legs, backpacks, and other pieces of Gundams to create your own customized look all your own, and adjust all parts from there as well. The sky’s the limit, as you collect parts from various series in the Gundam universe. It’s all about making your model your own, and then running out onto the battlefield to see how they fare against the enemies, which range from Mobile Armor, battleships, and tons of other enemies that need to be taken down quickly.

There are plenty of other parts and Gunpla models coming to the game in thefuture as well, such as new Gundam Harute, Zabanya, Barzam, and a few other models to add to the amount of goodies you can use to fully customize your creations. If you’re into the DIY nature of building games, you’d love New Gundam Breakers, which looks to give Gundam fans their own outlet for inventive riffs on existing mechs in the series in terms of manga and anime entries.

You can try it out now, as it’s available on PlayStation 4 with a PC release in the near future.