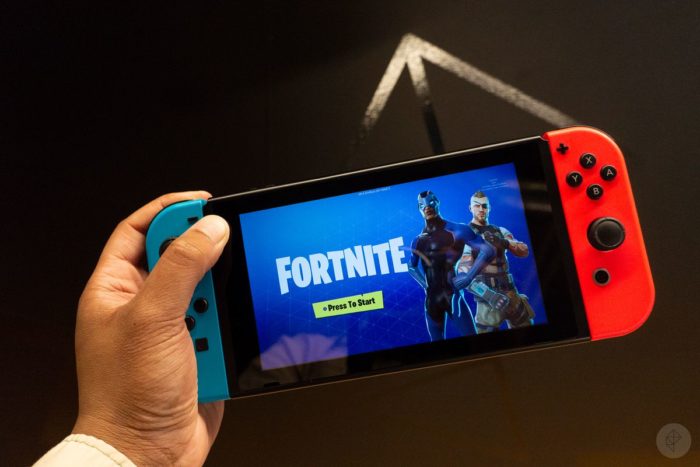 Two million downloads for Fortnite after one day on Switch.

One of the most popular titles in gaming continues to chug along. After being rumored to show up in Nintendo’s E3 conference, Epic’s Fortnite was announced for the Switch, and was playable essentially as soon as the Nintendo Direct concluded. 24-hours after the unveil, the Switch version of the game has already reached two million downloads.

Some interesting details emerged with the Switch announcement as well. Players will be able to cross-play between versions on Switch, Xbox, PC, Mac, and mobile but not including PS4. Additionally, PlayStation players’ Fortnite Epic accounts will not be linked to their Switch versions. This means that all your purchases and gains from your PS4 Fortnite account won’t be transferred over to your Switch character. Also, players with the Switch version will be able to use voice chat through the Switch’s headphone jack and not have to use the Nintendo Switch mobile app.

Fortnite’s presence at E3 has been substantial even outside of their Switch announcement. Epic held a Fortnite Celebrity Pro-Am. The popular streamer Tyler ‘Ninja’ Blevins won the Finals Duo’s event alongside his partner, the popular DJ Marshello. Being the winner of the Pro-Am Final Duo’s event, they were awarded with picking a charity of their choice to donate one million dollars between the two. Ninja donated his half of the winnings to the Alzheimer’s Association.