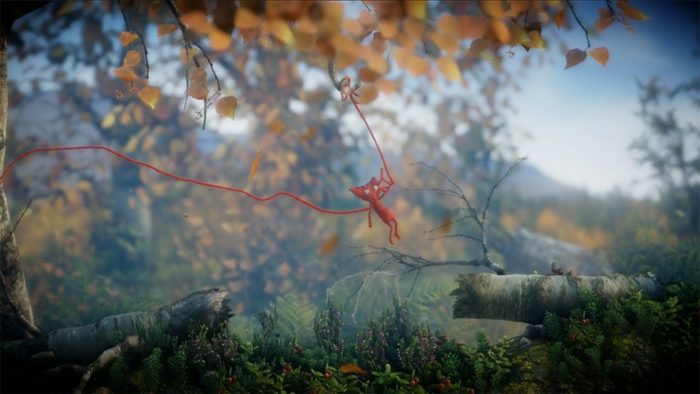 Unravel 2, the sequel to the quirky puzzler with the striking red protagonist made out of yarn, was announced today during EA Play 2018. The game is available today, so you can embark on this magical new co-op adventure as soon as possible.

Developed by Swedish indie team Coldwood Interactive, it follows the adventure of a living yarn creature named Yarny who must manipulate the world around him in order to solve various environmental puzzles. This time around, there are two Yarny characters to facilitate co-op play, with a bigger variety of levels and areas to explore.

The sequel also has different mechanics that make it feel much more like a proper platform instead of strictly a puzzle game as well, with red and blue Yarny characters to help differentiate one from the other. While neither of the Yarnys are specifically their own characters, you can personalize them to your liking, which helps make for good avatars for both players who decide to dig in.

Unfortunately, the game doesn’t have online co-op, so the best you can do is play with your friends for some local couch co-op for right now. If this all sounds like an adventure you’d like to embark on, unlike many other games announced today, you don’t have to wait to give it a try. You can go and download it and enjoy Unravel 2 right now.