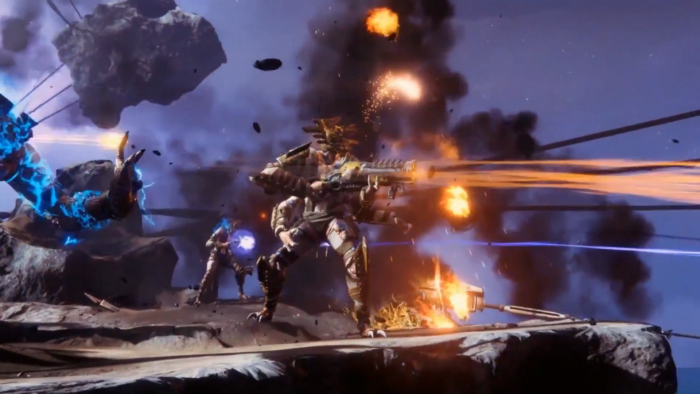 Destiny 2’s Forsaken expansion has officially been revealed by way of today’s livestream from Bungie, and it’s coming to the game this fall. The expansion follows May’s Warmind add-on, and it’s going to be adding a cavalcade of new things to the game.

Taking place on the Tangled Shore, Forsaken revolves around “the worst of the worst criminals,” with some ambitious narrative changes in place as well as new mechanics. For instance, we can expect new game modes and additional content in that vein, as we had already expected. One of the new game modes, previously said by Bungie to be a total “game-changer,” coming to Destiny 2 is Gambit, which finds two teams of four fighting with individual groups of AI-controlled enemies. One person from your team can invade the other teams, however, which should make for an interesting twist on old gameplay mechanics.

The expansion’s new raid is known as the Dreaming City, which will come packing a new destination in the form of the Awoken homeland, said to contain “more bosses” than any raid in the series before. With various incremental secrets and interesting MMO influences, there’ll be a lot to discover as players dig into the new area.

Forsaken is set to give players additional choices when it comes to weapons in terms of changing up slots. While before, weapons were part of specific groups, you can now equip whatever you want in each slot, so you could potentially have three rifles or three shotguns if you choose to. There’s also a new weapon type in the form of a bow and arrow. For those concerned about collecting milestones and achievements, there’s also an expanded Triumph tracker in addition to collection mode, which allows for a cavalcade of MMO-esque titles that can be awarded for completing various achievements.

Bungie will also be introducing an Annual Pass for Destiny 2 Year 2, which focuses three content drops instead of expansions. They’ll focus more on gameplay instead of cinematics, so you’ll be getting new weapons, but not the cinematics that go with them. Forsaken will run you $40 on its own, but you can purchase it with the Annual Pass for $70. Bungie has stated that this time around it’s planning on spending less time on cinematics and more time on the content that matters, and that they recognize the problem of folks coming in to play for short bursts and then just leaving right after.

All in all, Forsaken looks to be a massive, substantial update for Destiny 2 fans, and if you’re thinking about jumping back into the game, now might actually be the best time for it. Forsaken is releasing September 4, so you may want to start getting in some training early, Guardian.