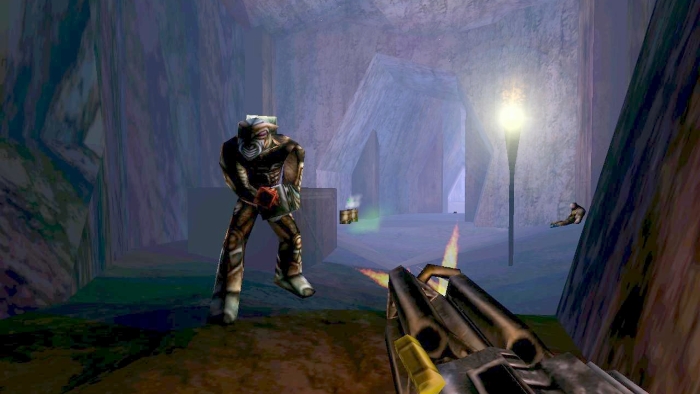 Epic Games is giving away free PC copies of Unreal Gold for a limited time to celebrate the 20th anniversary of the franchise.

Anyone can grab a copy from either Steam or GOG for the DRM-free version over the next 48 hours. Although, it is recommended to update the game with the “Oldunreal patch” which is an unofficial community patch that helps the game run on more modern computers with resolution and server fixes. Official patch support ended for the game in 2000, but the studio gave its blessing and permission to release the community-made update.

The game originally launched 20 years ago today in 1998, and was created with the game engine of the same name that has powered countless titles since then. The first version of the Unreal Engine was used for games such as Dues Ex, X-COM: Enforcer, and even Duke Nukem Forever at the beginning of its 14-year-old development journey.

The 1998 title has since spawned a sequel, 2003’s Unreal II: The Awakening, and the spin-off multiplayer arena combat series Unreal Tournament. GOG is also heavily discounting its franchise pack, which contains the two games and Unreal Tournament 2004, with an 80% discount for the next seven days to celebrate the 20th anniversary.