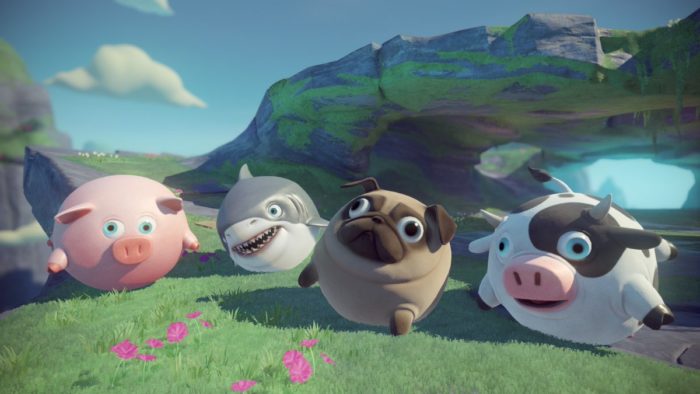 Developer Ready At Dawn announced recently that they will be officially shutting down the online servers for their game Deformers on Aug. 9, claiming continuing operation to no longer be financially viable.

Deformers is a physics-based multiplayer arena brawler game where the player is able to choose between a number of different squishy animals and other creatures, and must then knock and throw each other out of the ring. The game has a strong multiplayer focus and supports local play for 2-4 players, and online multiplayer with up to 8 players, though it seems that soon the latter option will be rendered moot.

Ready at Dawn Studios are mostly known for their work on several PSP titles in the God of War and Jak and Daxter series in the past, as well the Nintendo Wii port of Okami, and more recently their first original effort with The Order 1886 in 2015. Deformers is the second original game to come from Ready at Dawn after The Order 1886, and the game has struggled to reach the levels of success that would be required to keep the title supported. Criticism was leveled at the game for its use of in-app purchases in a $30 game and the relative lack of content for the price, and it Ready at Dawn is now forced to cut their losses and cease support for the game’s servers.

In their statement regarding the closure of the servers, Ready at Dawn said: “As painful as it was, we had to make a very difficult, but necessary, decision when it became clear that Deformers was no longer financially viable in the West and in Europe. This decision will allow us to keep providing the best play experience as possible for our other games and also enable us to continue to bring you new and exciting games in the future.” The developer also clarified that offline mode will still be available after the servers have closed down, that all Steam workshop items will become free to use prior to server shutdown, and that all Forms and Styles for each creature will be automatically unlocked as well.

Deformers is (at time of writing) available for purchase on Steam for PC.