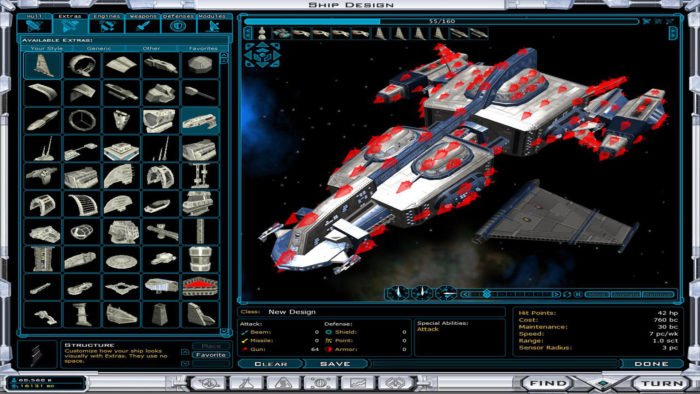 Humble Bundle is in the midst of a spring sale that offers plenty of discounts on excellent games. However, the best discount is currently for Galactic Civilizations II: Ultimate Edition. For a limited time, gamers can purchase this game for the low price of $0.00. In other words, it’s completely free.

Since this is the “Ultimate Edition,” Galactic Civilizations II comes with all available DLC, including Dread Lords, Dark Avatar, and Twilight of the Arnor. Each expansion adds to the base game’s sizable offerings with new units and technology, new colonizable planets, and new campaign missions that revolve around a race of ancient, powerful, and undeniably evil aliens (because, again, what sci-fi universe doesn’t have those) known as the Dread Lords. And, after gamers are done with the single-player campaign, they can look forward to countless of hours of enjoyment with a free form game mode that lets them control the size and features of their galaxies and create their own custom playable alien species.

Galactic Civilizations II: Ultimate Edition might be an old game, but it is still as robust as ever and worth a try, especially since it’s being given away for free. But you’d better hurry, though, because this offer will only be available for the next two days.