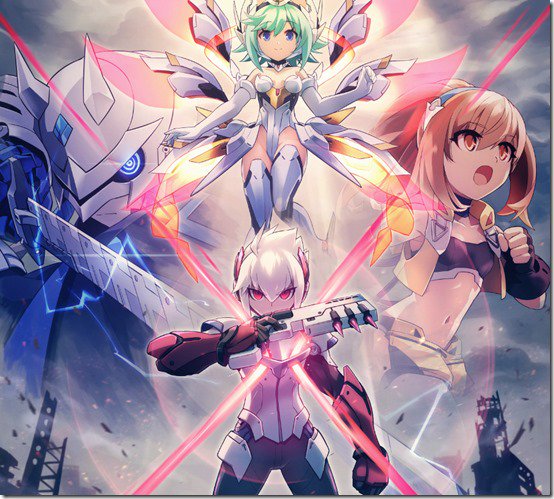 Inti Creates announced at the independent game show, BitSummit Volume 6, that it is hard at work on the next entry in the Gunvolt series and that it’s coming to the Nintendo Switch.

Titled Gunvolt Chronicles: Luminous Avenger iX, this entry into the series will will feature Gunvolt’s arch-rival Copen as the hero and the character players will control. The last we saw of this character was in 2016 with the release of Azure Striker Gunvolt 2.

Inti Creates didn’t have too much to share at the game show–only that the game is in development and coming to Switch.

Click here for a look at the first trailer.

For those not familiar, Inti Creates is a company that began in 1996 and released their first game, Speed Power Gunbike, in 1998. Since then, Inti Creates has gone on to publish over 50 titles coming from the likes of Capcom, Bandai Namco Entertainment, Sega and even Sony Computer Entertainment. These titles include Mega Man 9 and 10, the Mega Man Zero series, the Mega Man ZX series and Mighty No. 9. In 2014, the company released its first self-published game, Azure Striker Gunvolt.

In 2017, the company announced via twitter that the first entry in the series passed 250,000 downloads on the Nintendo 3DS.

The 3DS version of Azure Striker Gunvolt 1 has recently cleared 250,000 downloads! Thank you to everyone who has supported this series! <3 pic.twitter.com/zLDS6U1szx

Are you picking this up when it releases on the Switch? Let us know in the comments below!