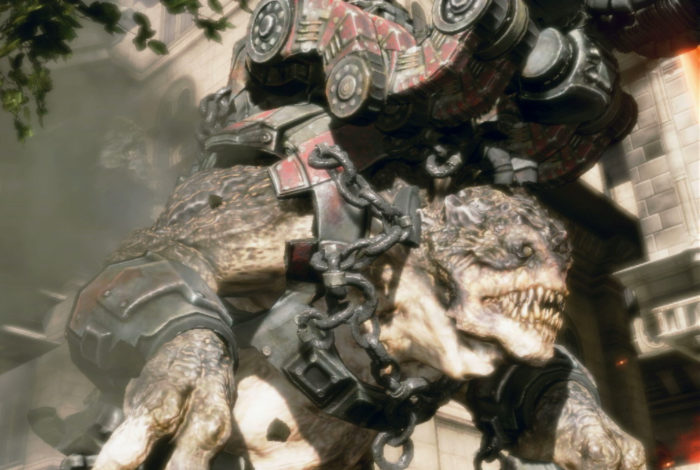 Fergusson recently tweeted at the Capcom team wondering who he’d need to chat with if he wanted to get the Brumak into Monster Hunter, and while nothing has been announced or confirmed just yet, it sure would make for a thrilling fight if the wizards who put together Monster Hunter World let that happen.

The massive Brumak in Gears of War was at the center of some pretty out-there boss fights and an interesting assortment of encounters, so a chance to take one out using the tools and weapons provided to you in Monster Hunter World would make for some pretty sweet missions. Don’t get your hopes up just yet, especially since the Brumak has a weapon on its back, but it could make for a fun Easter egg or something further on down the line. We could at least see a fun nod to this tweet exchange in the future, since that wouldn’t cause too much trouble!

So who at @monsterhunter do we need to talk to about getting a Brumak in the game? 🙂 With or without guns – although an armed monster would be pretty cool! pic.twitter.com/FP7z8t04lW

Would you want to fight a Brumak in Monster Hunter World?