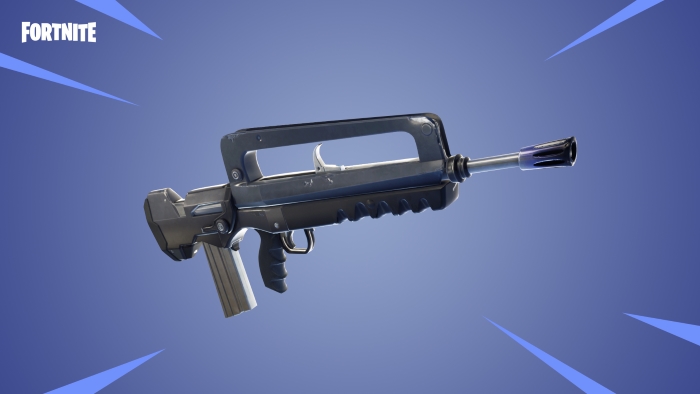 The 4.2 update for Epic Games’ Fortnite goes live today, adding the new Burst Assault Rifle for Battle Royale players and the Perk Recombobulator for the cooperative Save the World mode. The update launched on all platforms a day later than scheduled, after Epic delayed the patch due to an issue.

The Burst Assault Rifle is available in Epic and Legendary rarities, but is not the only new item in the Battle Royale mode. Apples can “uncommonly be found around certain trees throughout the map,” and restore five health when consumed. Additionally, the Remote Explosives have received a huge buff with increased damage radius and throw distance, reduced delay between sequential explosions, and will “damage all structures within range.”

For Fortnite’s Save the World mode, the Perk Recombobulator allows players to choose and upgrade the perks of weapons and traps. The system becomes available after the Plankerton Storm Shield Defense 2 mission, and requires five new resources that can change, upgrade, or switch the element of a weapon. Weapons before the update can be converted to the new system, and does not require additional resources. Check out Epic’s official blog post about the feature for more detailed information.

The update adds the Quad Launcher, a rocket launcher that “holds four incendiary rockets that leave balls of fire behind after they explode,” to the Weekly Event Store in Save the World and changed several Hero Perks. The patch also contains bug fixes for the Turbo Building setting and improved server performance with increased server tick rate and network bandwidth. The full 4.2 patch notes can be found here.