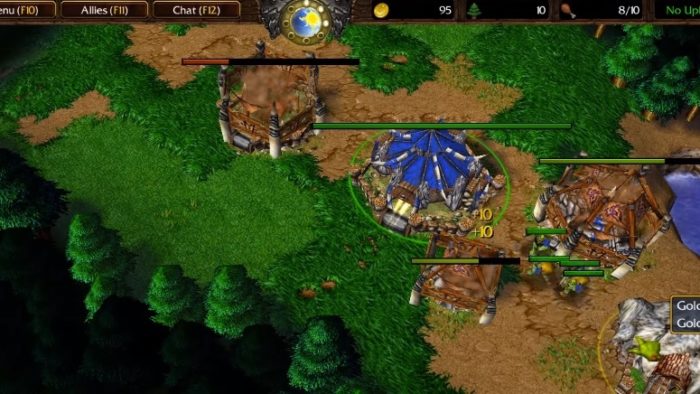 After 16 years, one of Blizzard’s most popular strategy game, Warcraft 3, has now gone widescreen. In the title’s latest major update, the game is now live with the update that adds widescreen support, in the year 2018. What a time we live in, where we can enjoy the game in widescreen after all these years. While the feature has been in testing since February, it’s finally out to enjoy in full.

Blizzard added special black pillars to menus and bookends to the in-game interface to help fix stretching issues, and you can see all this in action in the video from professional Warcraft 3 player Grubby below. It looks pretty fantastic! Lobbies have also been expanded to support 24 players, with additional balance changes to the game in general.

This update adds fire to the rumors that Blizzard could potentially be bringing out a Warcraft 3 remaster, but no official announcement has been made just yet. It would make sense given the game’s popularity and the fact that StarCraft: Remastered was released back in July 2017 to great fanfare, but Blizzard has kept mum on the situation.

There are rumblings that Blizzard is preparing to announce a remaster of Warcraft 3, rumblings sparked by this new patch and a recent high-profile tournament. Blizzard released StarCraft: Remastered in July 2017 and it went down well, so a similar treatment of Warcraft 3 makes a lot of sense.