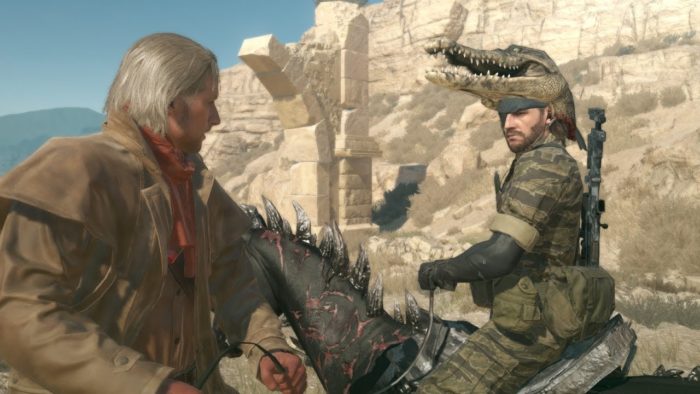 Still playing Metal Gear Survive? There’s more content on the way for you to check out, namely in the form of a special co-op event that’s launching on April 10, based on Metal Gear Solid 3: Snake Eater. No, you’re not still in a dream. Not this time. That means some pretty fun (and pretty weird) things are coming your way during the event, and you can even wear a crocodile head on your own head. Sounds like a plan, even if you can’t play as the real Snake.

On April 10, The Encounter 1964 will be going on, tying into the new set of co-op missions that previously released for the game. It’ll run two additional weeks after it begins on Tuesday and will feature Naked Snake’s fatigues, EVA’s jumpsuit, and the super cool Crocodile Cap. You’ll be doin’ the Crocodile Cap in no time.

You’ll earn these special cosmetic items via Battle Points, just the same way you’d normally nab others outside of promotional events, but let’s be honest. The fact that they’re from Metal Gear Solid 3: Snake Eater is the real draw here. If only we could have familiar characters and storylines back again to build off of, right?

Are you still playing Metal Gear Survive? Jonesing for your own crocodile cap? Let us know in the comments below!