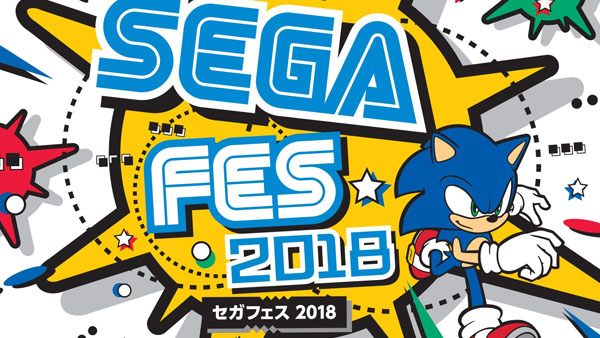 Sega has tweeted a teaser saying that fans can expect a special announcement during Sega FES, which begins tomorrow in Akihabara in Tokyo. The yearly event is open to fans and is a celebration of all things Sega, with various stage events and appearances from developers.

Sega Europe added even more fuel to the fire when they said there’s a “huge announcement” in store, that fans absolutely won’t want to miss. Considering both Sega of America and Europe have tweeted about it, we can assume it’s something applicable to a worldwide audience. It could be the new Sonic Racing game teased at SXSW, or potentially the new Yakuza in development. There’s no indication at this point, so we’ll just have to wait and see.

We have a HUGE announcement coming live from SEGA FES in the heart of Tokyo tomorrow. It will be in the early hours for those of you in Europe but you DO NOT want to miss it! Watch this space! pic.twitter.com/J5iw5wPFoJ

The event starts at 11:00am JST, which translates to 10:00pm the previous day in ET. Of course, the event runs for two days and we don’t know if the announcement will be made on April 14 or 15. You can see the full schedule of events at Sega FES here. When the event goes live you can watch a stream of it here, of course, it will be in Japanese.

What are you hoping to see Sega announce this week? Let us know down in the comments.