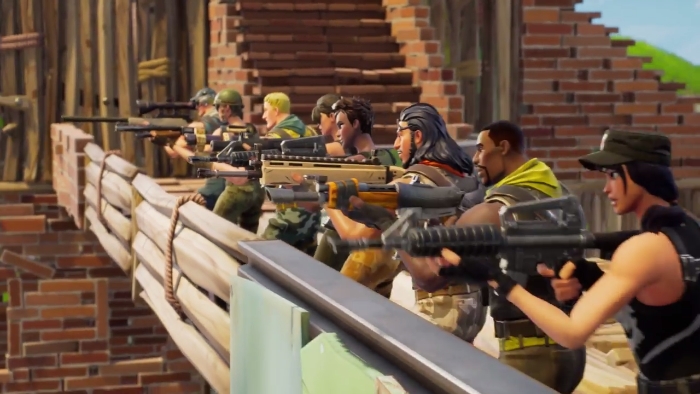 Epic Games has released the patch notes for the latest Fortnite update ahead of its weekly maintenance, adding new weapons to both Battle Royale and Save the World modes and bringing back a limited-time mode for Battle Royale.

The light machine gun (LMG) has been added to Battle Royale with a 100 round magazine and requires a five second reload time. The Mercury LMG, an “energy assault weapon with a moderate rate of fire and large magazine size,” has also been added to the Save the World mode alongside an encore mission to the Into the Storm questline.

The 50v50 limited-time mode returns in the update, after it was delayed last week due to account service issues that required the servers to be taken offline for emergency maintenance. The mode, introduced last December, pits two teams of 50 players against one another, though this time each team has their own battle bus while farming resources and ammo have been increased.

Epic is also giving away free gifts in the update to all players because of the game’s online issues last week. The studio already gave a free Back Bling and Troll Stash Llama last weekend, but players can now claim 20 Battle Pass Stars in Battle Royale and 1600 Seasonal Gold in Save the World. Battle Royale will also receive double experience from today until Sunday, April 22, while Save the World players can claim an Into the Storm Llama each day simply by logging in.

Earlier this week, Epic explained that the recent 3.5 patch produced a bug that caused players to shoot lower than expected while peeking over walls and structures, unintentionally destroying them, and would be fixed in this week’s update. According to the patch notes, peeking has been reverted back to before the 3.5 update.

What is not included in the notes is the fate of Tilted Towers, after the Fortnite community speculated that the meteor in the sky would destroy the big city. The community believed the meteor would strike the location after today’s update due to a fan theory, backed up by the recent appearance of more shooting stars and meteors on the map. Despite no concrete proof that the meteor would be hitting any location at any time, players have been going so far as to celebrate the supposed change by arranging a wake ceremony for Tilted Towers.