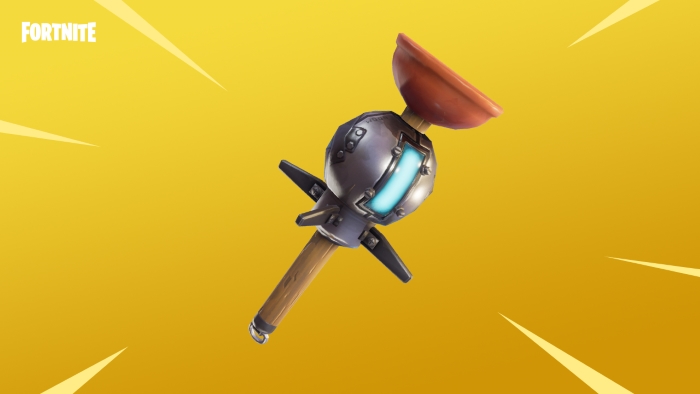 The “Clinger” weapon has been added to both modes in the patch. These sticky grenades can attach to any surface or player and detonates after a few seconds. The new explosives cannot detonate while in the air, or damage player created structures in Save the World. While similar to the Remote Explosives, those now have a reduced chance of appearing in treasure chests.

Another weapon added to Save the World is the Noble Launcher, a heavy weapon that shoots “a wave of piercing energy” after charging up. The cooperative mode also received adjustments to the Salvage the Drone missions, increased the amount of Bacon found, and adjusted energy ammo to be more plentiful when crafted or dropped in the world.

Additionally, Battle Royale had its Minigun buffed for increased damage and better stability, while improving hit registration for sniper rifles and crossbows. The Builder Pro control scheme had a few issues fixed as well, including “causing player’s weapons to automatically fire after placing a structure and switching to the weapon” and “where primary fire could be interrupted when releasing aim down sights.” The 50v50 limited-time mode reintroduced in the 3.5 update last week has not been removed with the new patch.

The biggest change in Fortnite’s 3.6 update allows players to refund their cosmetic purchases for V-Bucks. Only Back Blings, Emotes, Gliders, Harvesting Tools, and Outfits will be eligible to for refunds, while Epic is allowing players up to three returns for the lifetime of that account. This should help those who have accidentally bought items while browsing the Battle Royale store tab.