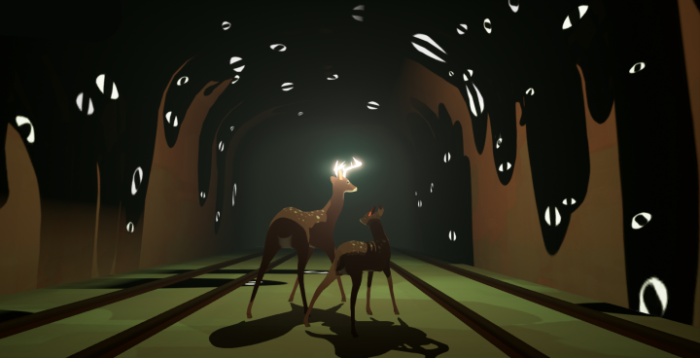 Way to the Woods is a calming, gorgeous-looking game that was first created by 16-year-old Anthony Tan. He’s since grown up two years and is now 18, and we’re getting an even better look at his deer-fronted game that players will take on the roles of as they meet a cadre of talking animals on a journey through a wooded area. It’s a tranquil, impressive-looking game, and while it’s a way off until its projected release in 2019, it’s absolutely worth keeping an eye on.

The teaser trailer below is actually a look at a playable build of the game which Tan is mostly working on his own to deliver in early 2019 for PC and consoles. There’s a lot of the game left to actually create, according to Tan, but it looks like it’s going to have some pretty interesting effects and narrative vehicles to offer when it lands.

The video is only a minute long, but you can really tell how evocative the deer are in the game, with their glowing antlers that light up the world around them, the calming color palettes, and the puzzles that look like they’ll need to be solved. There’s even an adorable cat to pull it all together that looks a lot like Kiki’s Delivery Service’s Jiji. We’ll have to see what comes of the game when it debuts in 2019.