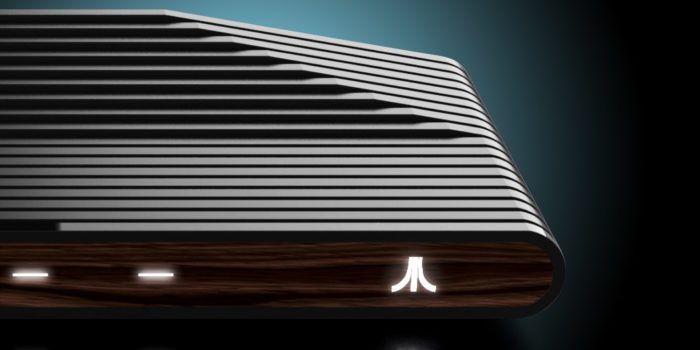 Atari is making its storied return to the world of video games with a brand new console. Previously called the Ataribox in older announcements, it’s got a new name: the Atari VCS console, which Atari had been strangely quiet about since its 2017 announcement. Now the silence has been broken, with a ton of new details and even a date for preorders. The new console will get a public unveiling soon, with a look at the box during this week’s Game Developers Conference, or GDC 2018.

The console will be included as well as the classic Atari joystick and a newer, more modern gamepad, as you’d understandably be expecting from a new console in 2018. The early artwork shows off a wood finish design, with plans for both retro and new age releases using a Linux OS. There aren’t a lot of concrete details right now about what kind of content the console will feature, but you can bet it’s going to raise some eyebrows during its debut — will it have the chops to return to the industry in a big way with this new box?

That has yet to be seen, but the Atari VCS is so far at the very least an attractive device with a strong pedigree and name behind it. We’ll have to wait and see what eventually becomes of it, however, as preorders are going live this April for an undisclosed final release date.