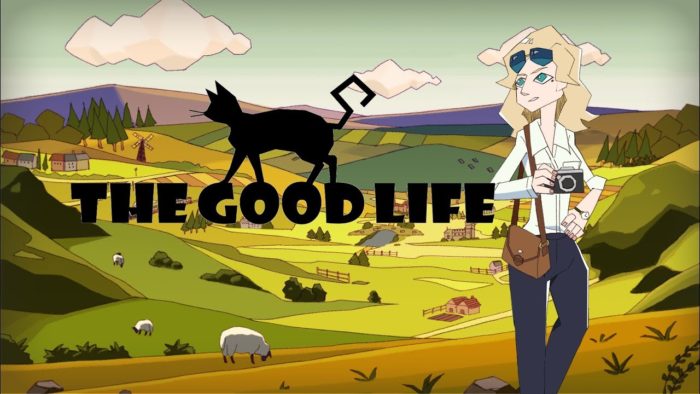 Swery65, the creator of Deadly Premonition and D4, has relaunched the crowdfunding campaign for his new project, The Good Life. The Kickstarter page for the went live today, and it’s co-developed by Swerty and Yukio Futatsugi, the creator of Panzer Dragoon, along with their respective development studios, White Owls and G-rounding.

The project is asking for roughly $647,000, with a release date of Q3 2019. PC via Steam and PS4 are the current planned systems, and it sports a unique polygonal art style. The Good Life is described as “debt repayment daily life RPG,” and yes that’s a bit vague. You’ll play as Naomi, a journalist from New York, who moves to the “happiest town in the world” after taking a job with a newspaper in NY. There she experiences a number of strange mysteries, including the fact that everyone in town turns into a cat, or a dog, at night. Here’s a quick overview of the game from the Kickstarter page,

“Play as Naomi, a journalist from New York who moves to a backwoods British town called Rainy Woods in order to pay off her massive debt.

The only way for her to escape from debt hell is to take pictures of happenings in the town and report on them. Of course, ‘the happiest town in the world’ is not your average town…

The inhabitants of the happiest town in the world are some of the most bizarre people you’ll ever come across. You’ll live alongside them as you solve mysteries and experience a hearty helping of craziness. We’re sure that you’ll eventually come to love all the mystery, horror, and good old charm that this town has to offer.”

Most of The Good Life will revolve around earning money to pay back your debt, either through selling pictures to newspapers or completing part-time jobs. Of course, you can blow all that hard earned money if you want as well. The current pledge tiers start at a moral support level of just $1, and range all the way up to an extreme $10,000 “The Hungry Life Tier.” As of writing, the Kickstarter campaign has secured roughly $43,000 with 39 days left to go. Take a look at the new trailer for the game down below.

What do you think of The Good Life? Are you considering backing the project? Let us know down in the comments below.