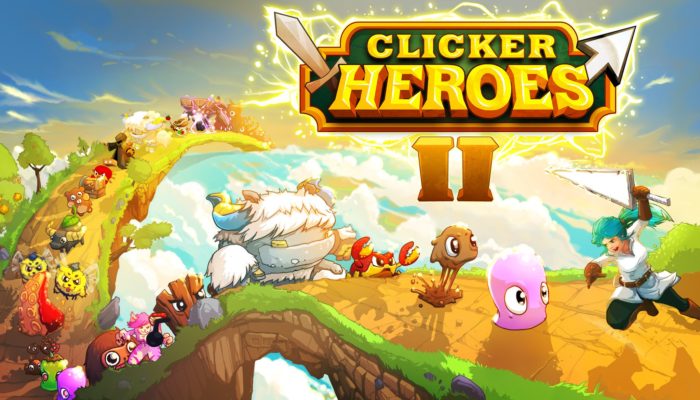 Playsaurus, the Indie Devs behind Clicker Hero 1 and 2, have announced that a patent troll by the name of GTX Corp, demanding a $35,000 licensing fee in order to continue business. The patent troll threatened legal action against Playsaurus, stating that should they not pay the $35,000 fee within ten days, “costly litigation” would occur. The patent in question involves the use of in-game currencies, which is present in just about every video game with microtransactions ever.

In a statement on Playsaurus’ website, CEO Thomas Wolfley stated the company would fight these legal threats, including the company’s official response to GTX Corp and the patent in question. When discussing the reason Playsaurus is being targeted, Wolfley attributed it to several recent pieces of legislation in American government which have made it easier to fight patent trolls, but only if you have enough money to go to court against them. “What they’re asking for, $35,000, is about half a year of salary for one of our employees,” Wolfley said. “I am concerned that they may be preying on a lot of other small studios, in a final attempt for them to profit off this bogus patent (which only has about 2 years left on it).”

Patent trolls are individuals, or small companies, which exist for the sole purpose of filing tons of patents for extremely broad and often already in-use designs in digital media and promptly extorting anyone using the technology they patented. This is an extremely lucrative, but obviously unethical business that has allowed trolls like Erich Spangenberg to steal millions through trolling. This behavior does not just affect small companies like Playsaurus either, trolls often attack massive companies like Nike and even Apple, often winning hundreds of millions in court cases.

In his statement, Wolfley discusses GTX Corp’s complete lack of online presence, citing confusion with another company of the same name, but there is information available on the patent troll in question. GTX Corp seemingly has no online presence because it seems to be a shell corporation for the patent holder, Marvin T. Ling. This seems to be the case according to CorporationWiki, a website keeping track of corporate entities. Shell corporations like this are made so in the case that a troll loses a court case and is forced to file for bankruptcy, no money is lost. Ling has filed over 20 patents including one for transferring money via online wallets like the functions of Venmo or Paypal, and even a patent for… selling things on the internet.

The reason patent trolls are so easily able to acquire these patents is because patenting a program is commonly seen as unethical in the world of programming, so few software companies ever do it. It is often seen as stifling to the growth of the tech industry because it stops others from innovating off of other peoples’ ideas. An example in the world of video games is when Bandai Namco infamously patented loading screen minigames in 1995, meaning for the 20 years that Bandai Namco held the patent, no video game could have unique playable content within their loading screen.

Check back with Twinfinite as this story develops.