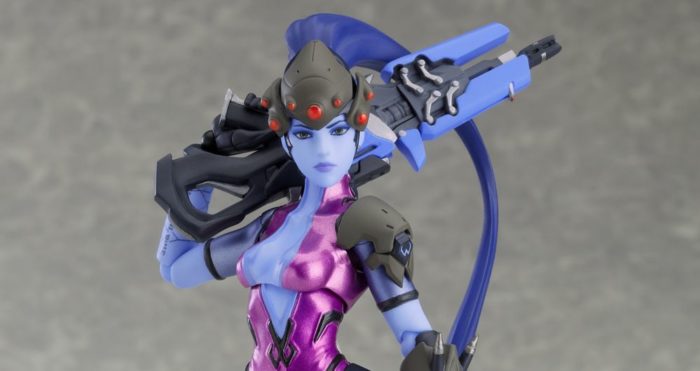 Good Smile Company recently revealed that Widowmaker from Overwatch will be arriving on its line of posable Figma figures soon, joining the likes of other characters in the game who’ve already received the treatment, like D.Va this past December.

The figure stands 160 mm tall and includes two face plates (standard and aiming) alongside the assassin’s Widow’s Kiss sniper rifle and the venom mine.

Though Widowmaker herself has flexible joints that allow her to enact a variety of different scenes, her rifle is also malleable in that fans can switch between sniper mode and fully-automatic mode on the fly through interchangeable parts. A grappling hook part as well as an alternate left arm firing the hook are included, plus a closed version of the femme fatale’s recon visor comes packaged in the box to make her look like she’s using Infra-sight.

You can check out several pictures of the Widowmaker Figma in action below. It’s available for pre-order right now until April 12 through Good Smile Company for 7,800 yen or the Blizzard shop for $80. Its official release is marked for December this year.

In other Overwatch news, developer Blizzard revealed that a new hero named Brigitte Lindholm will be joining the game’s roster of playable characters last week.