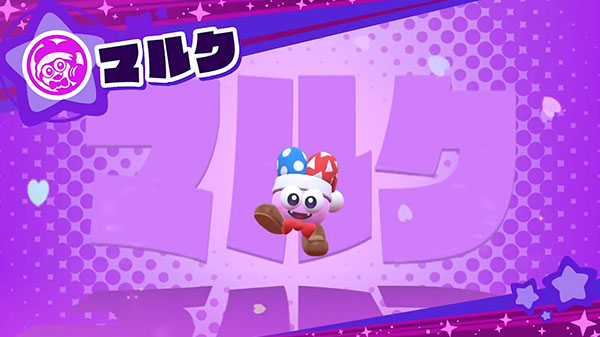 The Kirby Star Allies friend roster is getting even bigger with the reveal of Marx. Marx will be joining Kirby and pals in an upcoming update. He will attack enemies astride his beach ball, and in his alternate form, which resembles some sort of interstellar bat.

We haven’t seen Marx since Kirby Super Star Ultra, the 2008 Nintendo DS remake of the SNES classic. Like many of Kirby’s new allies in Kirby Star Allies, Marx was originally a bad guy and was the main antagonist of the Milky Way Wishes game.

While a lot of the characters you can summon at the Dream Palaces in Kirby Star Allies are powerful, the trailer below makes Marx look positively OP. His winged form can easily avoid enemies, and he even has a super attack which causes widespread damage. When he uses it, he splits his body in half to reveal some sort of singularity which appears to positively devastate Whispy Woods.

Marx will come to Kirby Star Allies as part of the wave #1 update pm March 28. Also joining him will be Rick, Kine, and Coo, which will make for an even more fun adventure.