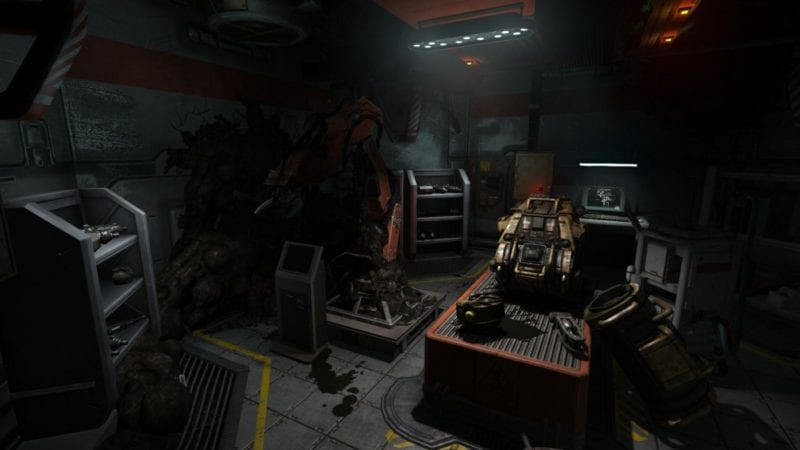 Frictional Games’ sci-fi horror title SOMA has finally gotten its long-awaited Safe Mode thanks to a recent update available for PlayStation 4 users. The Safe Mode option will let you, much like Amnesia: The Dark Descent’s “Wuss Mode” mod, explore the game without any sort of nightmarish repercussions. For some scaredy cats, this might be the only way they can “safely” enjoy the game.

The update was already rolled out for Xbox One and PC previously, but the PlayStation 4 crowd can finally use it now. Monsters won’t act as a threat to the player any longer, but they’ll remain in the game as more of “atmospheric elements” that will react to you. You can never die from an encounter with a monster, and though they might get upset if you mess with them, they can’t keep you from progressing. In this, you can essentially travel through SOMA.

So if you were interested in SOMA previously but didn’t think you could quite hack it because of the nature of the game and the sometimes terrifying happenings within it, you can check out Safe Mode and see if it helps ease some of the tension. It’s still going to be a pretty terrifying experience in general, but you won’t have to worry about dying at least. In a world where that’s a pretty real concern in almost every video game out there, that’s good news for those perpetually afraid to lose, right?