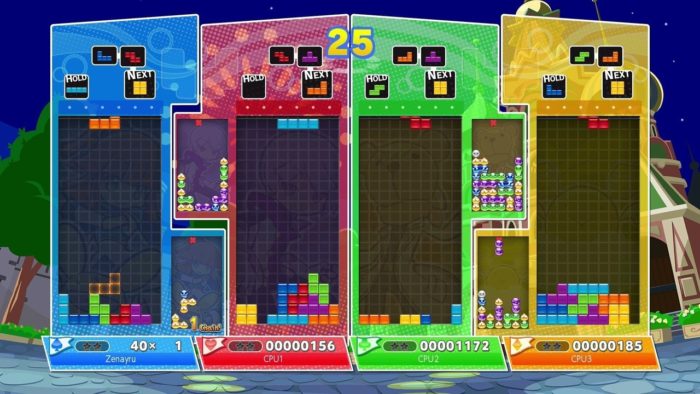 Yesterday, we posted about Sega seemingly teasing something Puyo Puyo-related over on the Steam forums for a bunch of its games. Well, turns out that all of those ASCII clues were hinting that Puyo Puyo Tetris is making its way to PC at the end of the month.

The news comes via a reveal trailer posted to the Sega America YouTube channel earlier today (included below). The title blends the popular Puyo Puyo and Tetris gameplay together, as the name suggests, providing fast-paced and competitive-focused gameplay that’s great for multiplayer sessions. The PC port, releasing on Steam on Feb. 27, will include four-player competitive multiplayer, and both Japanese and English voiceover.

For those interested in picking up Puyo Puyo Tetris’ PC release, the game is available to pre-order now at 10% off. Doing so will also net you some wallpapers and avatars, too!

We were pretty big fans of Puyo Puyo Tetris when we checked it out on Nintendo Switch last year. It may not have the most interesting of stories, but the solid selection of multiplayer modes and compelling gameplay had us coming back for more. You can check out our full thoughts of the game on Nintendo Switch in our review here.