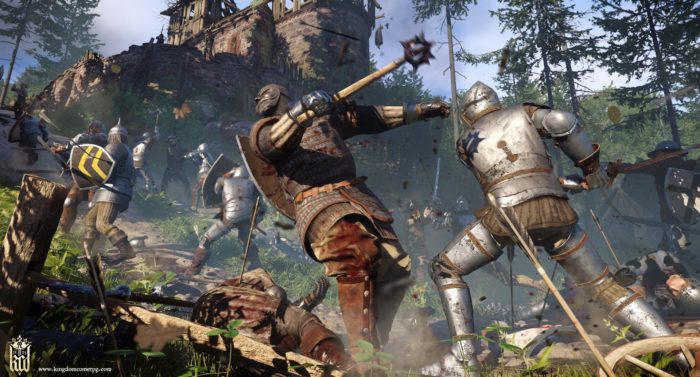 Kingdom Come: Deliverance released on Feb. 13 and has already surpassed one million sales and received overall positive reviews. Despite its popularity, though, executive producer Martin Klima revealed in a Q&A that he would have liked more time to polish the game. “That’s what a AAA game deserves,” he said.

In our own critique of Kingdom Come: Deliverance, the save system, along with the large number of bugs and a broken lockpicking system, were as cited as some of the game’s major problems. Saving your progress is linked to an element called Savior Schnapps, which is expensive at the game’s outset and can unfortunately lead the protagonist, Henry, to alcoholism; while lockpicking is a feature that could have been omitted from the game altogether, due to its ineffectiveness.

It might surprise many to know that Klima doesn’t actually view Kingdom Come: Deliverance as a AAA or indie game, but rather one that bridges the two together. “I don’t see KCD as competing with the likes of Assassin’s Creed or Shadow of War,” Klima says during the Q&A. “The trend I see in ‘real’ AAA games, like the ones I mentioned above, is toward making games more and more forgiving, better suited to the most casual and absent-minded players.”

When asked what he considers to be perfect game, Klima unpacked the concept of sacrifice and players’ emotional intelligence, explaining how every decision a player makes (whether it is selecting dialogue or weapons) should have some level of consequence associated with it. In the majority of games, however, player choice is nothing more than an “illusion.” Klima says Kingdom Come: Deliverance tries to combat this more than other games, but “still has to take many short cuts.”

Klima wrapped up the Q&A by thanking the fans and those who’ve supported Kingdom Come: Deliverance, as well as Kickstarter campaign. Check out Twinfinite’s full review of the game here.