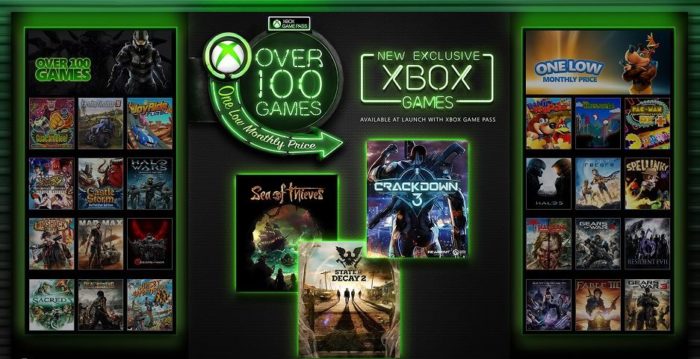 Microsoft is expanding its Netflix for games-style Xbox Game Pass service to include all new Microsoft-published games on their respective launch days. Xbox executive Phil Spencer this morning announced the expansion of the service he says already includes over 100 games.

Spencer highlighted Sea of Thieves, which launches on March 20, as the first big game to be part of the Xbox Game Pass expansion.

“This plan to bring new games timed with their global release into Xbox Game Pass not only includes announced titles like Sea of Thieves, State of Decay 2, and Crackdown 3 but future unannounced games from Microsoft Studios including new iterations of our biggest Xbox One exclusive franchises such as Halo, Forza, and Gears of War, on the same day they launch,” he explained.

An Xbox Game Pass subscription costs $10 a month, but Spencer also revealed that the service’s expansion will include a new way to subscribe. Select retailers (including GameStop) will begin selling six-month subscription cards for $59.99 on March 20.