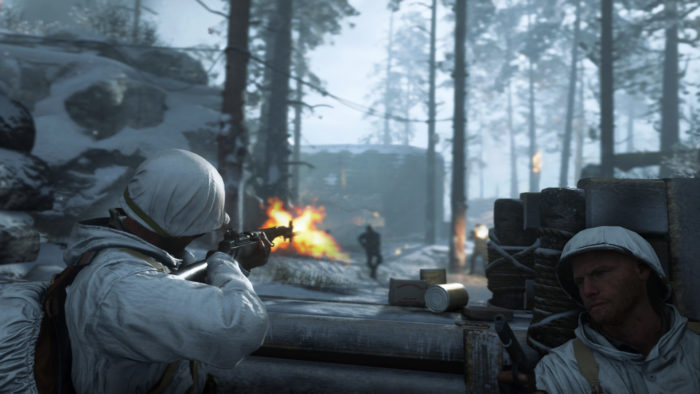 Call of Duty: WWII is getting its first DLC drop in the form of The Resistance at the end of this month, where it’ll add three new maps and a sprinkling of other new content. It’ll be headed for PlayStation 4 first, but we haven’t really seen anything posted from the expansion just yet, which means something must be brewing. That’s why a new tweet from Sledgehammer Games depicting some paintings on a wall and the word “Soon…” may very well be a sneak peek at the expansion, and we just don’t know. Something sneaky’s going on.

It’s possible this picture itself could be a scpeengrab from one of the areas in the upcoming DLC, or it could be something entirely different to throw everyone off the trail. It could potentially be a glimpse at a new map, or it could be a tease that maybe we’ll get the new content sooner than expected.

Whatever the case may be, it’s certainly an interesting tweet that’s got fans busting out the magnifying glasses to try and figure out exactly what’s going on here. What do the pictures mean? What’s going on here? Is there more Call of Duty coming? Looks like we’ll have to wait and see. For now, expect The Resistance to drop at the end of the month on PlayStation 4 first.