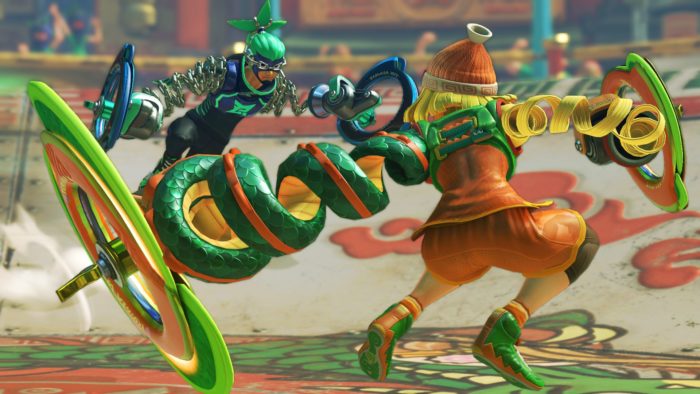 While the game has been out for about half a year now, Nintendo has been strangely tight-lipped on the voice cast for their new fighting game ARMS. Following the release of the final fighter, Dr. Coyle, Nintendo has finally opened the lid on the people behind the colorful cast of characters.

The voice actor behind Dr. Coyle, Donna Burke, recently tweeted about her involvement in the Nintendo Switch game. Two weeks after this tweet, Nintendo acknowledged her work on the game, along with the rest of the voice cast, in a heartfelt tweet by the official ARMS Twitter account. Thanks to the unofficial ARMS fan translation Twitter account, we are able to read the message by Nintendo.

“Announcement:
We would like to say thank you to the ‘Voices’ of the ARMS fighters for their support and cooperation.
Who is responsible for the voice of your favorite fighter? Take a look!”https://t.co/Nkr6SjqRE0

The full voice cast for ARMS is as follows:

It’s definitely a diverse voice cast featuring actors from several different countries, including Japan, Australia, and France among others.